Capture One is Significantly Increasing the Price of Select Plans: Report 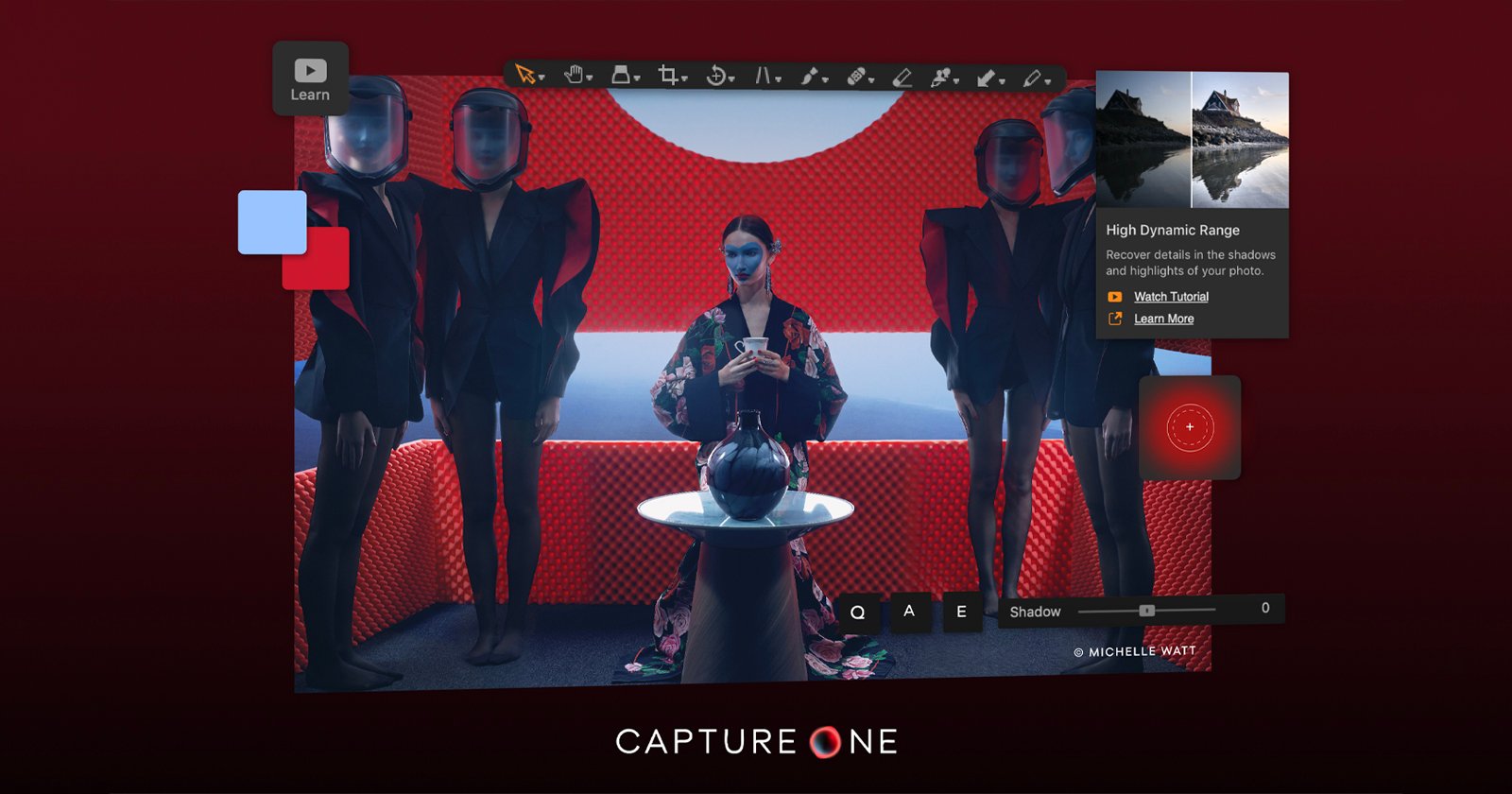 Capture One is reportedly increasing the price of the Nikon, Fujifilm, and Sony-specific versions of its software to “better reflect that these products equally offer the same set of professional tools and features” as Capture One Pro.

PhotoRumors is reporting that Capture One will be raising the price of both the perpetual licenses and the subscription option for the Capture One for Fujifilm, Sony, and Nikon and published the following quote from the company explaining its reasoning:

The price updates take effect on January 11, 2021. Existing subscription plans will not be affected by these changes. New customers – and customers seeking to upgrade their license – can still purchase their preferred product or upgrade at the 2020 price before January 11.

The price increase not only affects new Capture One users but also will affect the discounts that current users receive for upgrading software. The full version of Capture One Pro sells for $299 and up until January 11 the Sony, FujiFilm, and Nikon-only versions are available for $129. After January 11, that price jumps to $199, a $70 increase.

Upgrading from a previous version currently costs $129, but will jump to $149. The annual prepaid subscription will also cost $149. Below is a chart of the new pricing which includes conversions for Europe and the United Kingdom. 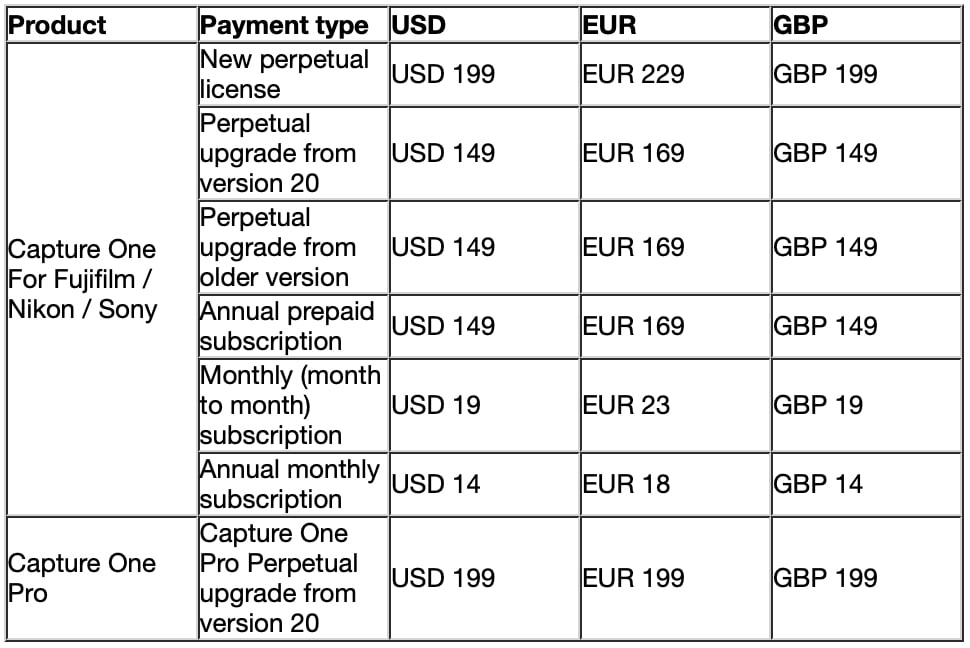 Capture One 21 was announced on December 8 and added a few new features that brought it closer to the feature set offered by its prime competitor, Adobe Lightroom. Prior to this latest pricing change, Capture One’s subscription pricing was identical to Adobe’s Photography Plan pricing at $10 per month. Adobe’s Photography Plan includes both Lightroom and Photoshop. This latest change bumps the Capture One Nikon, Sony, or Fujifilm software version pricing up to $12.50 per month if a full year is purchased in advance ($149 total), $14 per month for an agreement for an annual subscription paid monthly, and nearly doubles the price to $19 per month if paid month to month.

PetaPixel has reached out to Capture One for confirmation on this pricing increase as the quote from the company and numbers published by PhotoRumors could not be independently confirmed. Capture One did not respond ahead of publication. This article will be updated if there are any changes to the report.

Photo Of The Day By Joshua Moore

Photo By Joshua Moore
Today’s Photo Of The Day

A California man has pled guilty to the charg