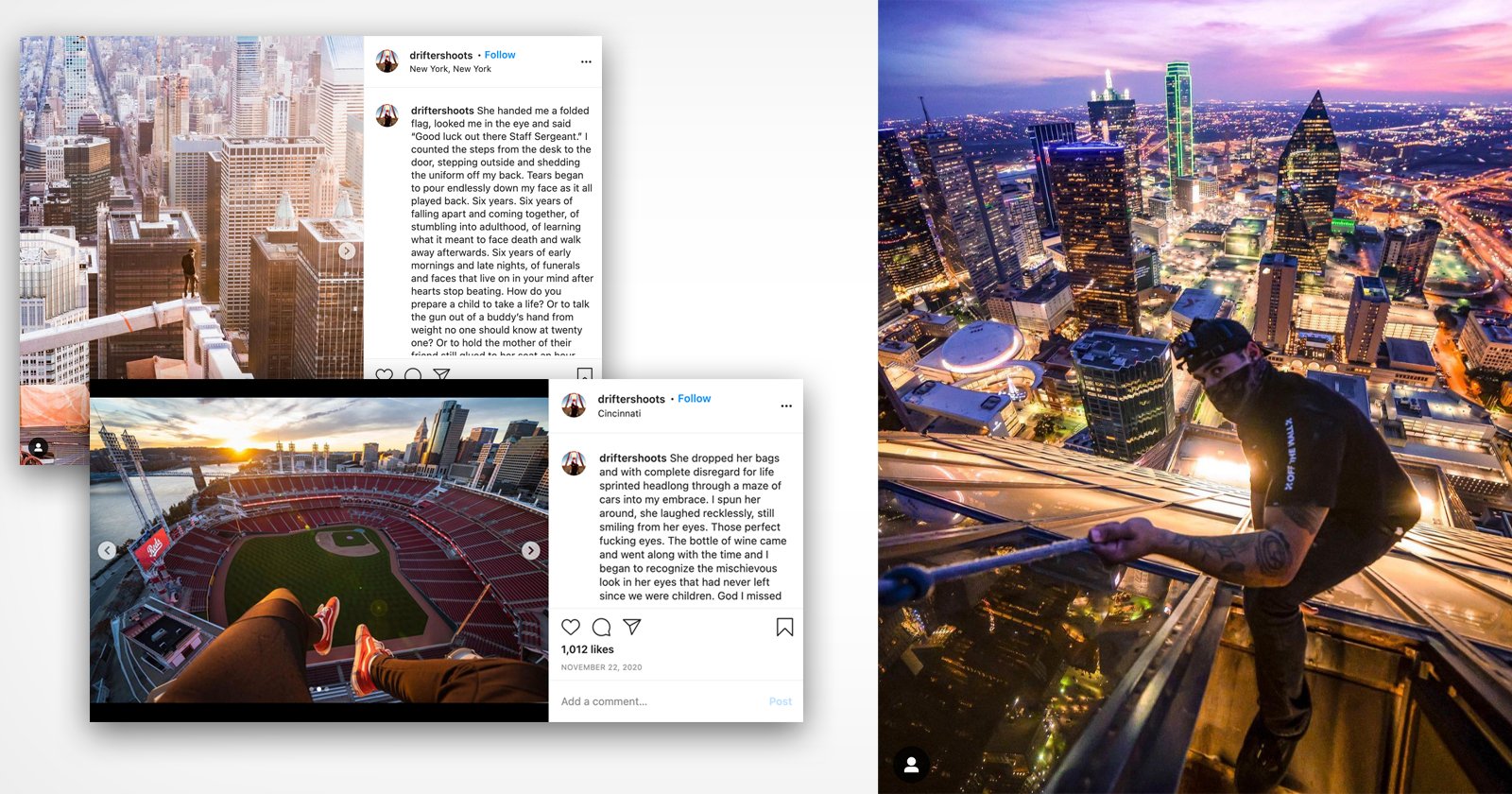 Isaac Wright, a 25-year-old U.S. Army veteran, is accused of operating the Instagram account DrifterShoots and was arrested for multiple charges including burglary and trespassing associated with breaking into the buildings and landmarks where he captured his dramatic images.

Wright was arrested in Arizona following a warrant that was issued for his arrest from Cincinnati, Ohio. Wright is charged with burglary for breaking into an office building and climbing into a metal crown on top of it. He is also accused of photographing the Great American Ballpark, where the Cincinnati Reds baseball team plays, after illegally climbing a light post. He apparently also threatened to break into the Bengals stadium.

“We’re all in agreement that the photos are great,” Cincinnati Police Det. Jeff Ruberg said. “But the way Mr. Wright is going about it is breaking the law. He’s using types of pry bars, lock pick mechanism sets. He’s disabling security cameras, motion sensors, he’s physically damaging buildings he’s entering and then going to the top of the building and then the police are being notified.”

In addition to a sizeable social media following, DrifterShoots also maintains a website where prints of his images are available to purchase as wall art or even clothing.

Ruberg has apparently been investigating Wright since November who, at the time, he only knew by his Instagram account DrifterShoots after a reported burglary at the Great American Tower. A security guard called the police who then searched for more than eight hours for Wright, who had escaped.

Wright apparently was discharged from the U.S. Army SERE School, which stands for Survival, Evasion, Resistance, and Escape.

After identifying Wright and his vehicle through Instagram posts, Ruberg embarked on a month-long chase after Wright through multiple cities and states in the American South, starting in Florida and extending through Louisiana, Texas, and New Mexico.

Wright was eventually apprehended driving a different car than authorities had originally identified. According to USA Today, the arrest was quite dramatic:

Police surrounded his car on Interstate 40 in Arizona with rifles and handguns drawn, all while a police helicopter circled overhead.

He was arrested without resisting and has been held ahead of possible extradition to Ohio. It is unclear if any other cities depicted on his Instagram account will be pressing similar charges.