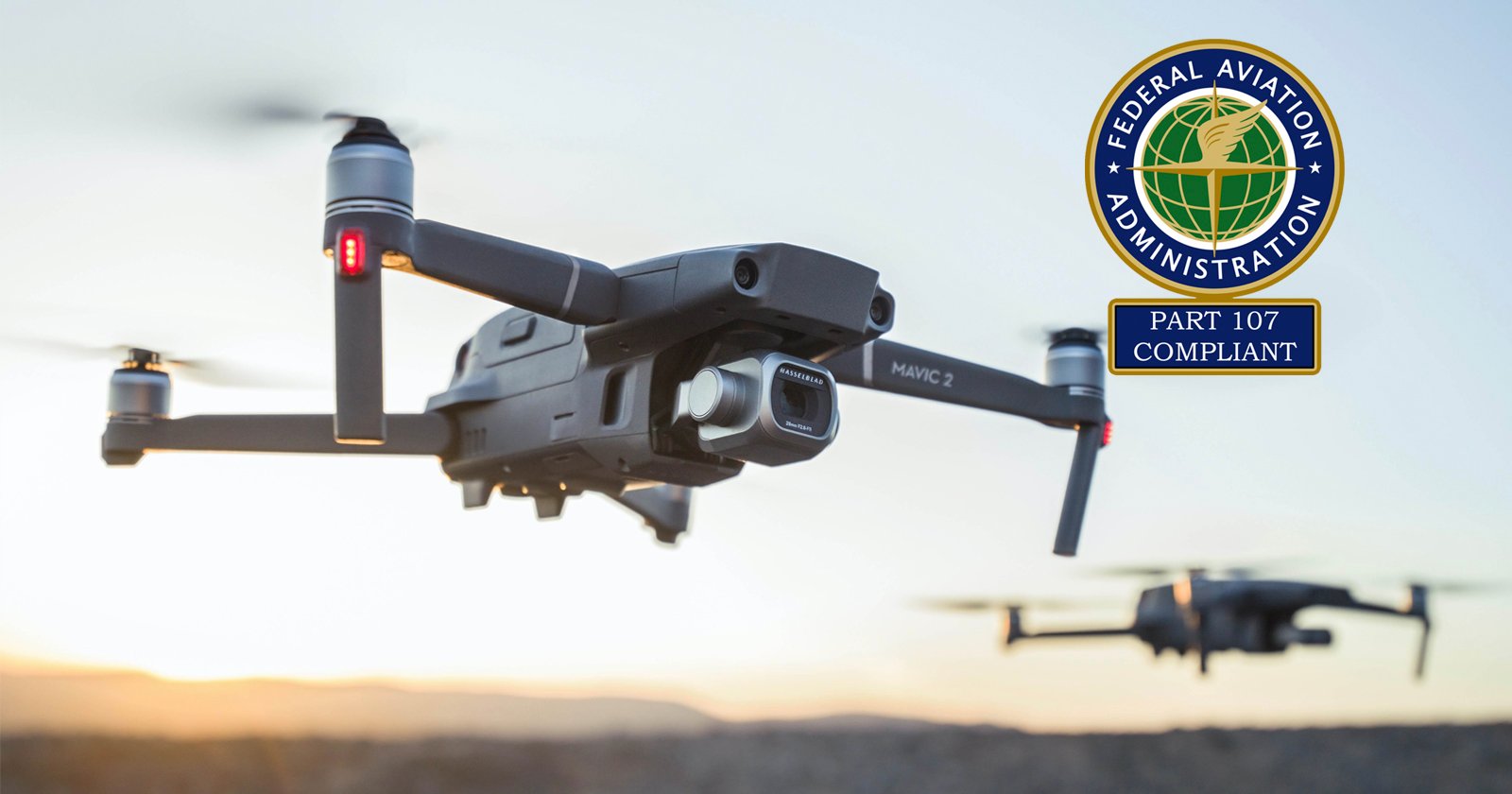 The U.S. Department of Transportation’s Federal Aviation Administration (FAA) has published final rules for Part 107 drone operations (drones used for commercial work). The rules specify the need for Remote ID and also loosen the rules around flying over people at night.

The FAA has announced that it will be requiring Remote ID on Part 107 licensed drones, which can most succinctly be described as a “digital license plate.” The agency says that Remote ID is necessary “to address aviation safety and security issues regarding Unmanned Aircraft (UA) operations in the National Airspace System, and is an essential building block towards safely allowing more complex UA operations.”

The Remote ID rule applies to all operators of drones that require FAA registration. There are three ways to comply with the Remote ID requirement: operate a drone that broadcasts its ID and location information, use a Remote ID broadcast module (which is a separate part that can be attached to a drone), or operate a drone without a Remote ID but at specific FAA-recognized identification area.

In addition to the Remote ID requirements, the FAA has slightly loosened its rules regarding nighttime flights over people. The new rule now varies depending on the level of risk the drone might pose to bystanders and is broken into four categories. Depending on which category a drone falls into, operations at night are now allowed under certain conditions. You can read the description for each of those categories here.

Pilots who wish to fly their drones at night must complete either the updated initial test or the updated recurrent online training prior to flying. Additionally, in order to qualify for nighttime flights, the drone must come equipped with anti-collision lights that can be seen for for three miles and have a flash rate sufficient to avoid a collision.

These updates become effective 60 days after the publication date in the Federal Register, and publication is expected in January of 2021.

As a reminder, if you fly only for fun or recreation, you do not need a Part 107 license. The newly-finalized rules only apply to those flying for commercial purposes.