Friends Brought Together by an Automotive Campaign 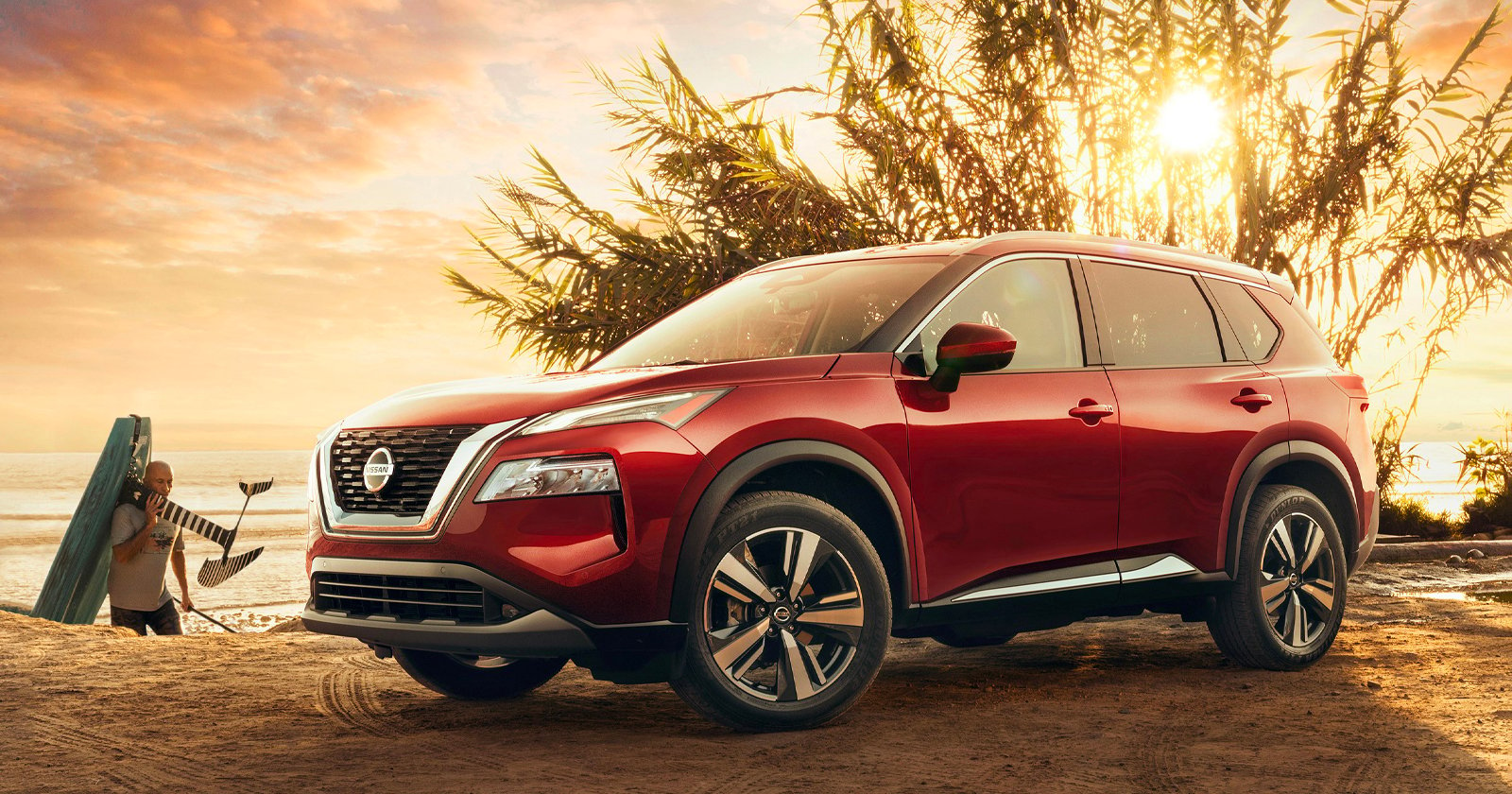 If there was a theme in automotive advertising photography for 2020, it would be minimalism. This not only applies to aesthetics, but also (and more importantly) to production.

We have seen some campaigns attempt “socially distanced” productions, but the approach can sometimes go wrong, and with a vaccine so close it simply is not worth it. A few months back we found out what a virtually collaborative photoshoot looked like with a Porsche Macan. While it made for some great images, and good laughs, it still felt a bit, well… distant. However, there were some aspects from that production that we wanted to take to the next shoot; one, in particular, being the iPad.

Mike Maez and I would spend hours discussing how an automotive shoot would look with just the two of us and an iPad, with the plan of shooting during the golden hour and retouching on the iPad on the drive home. Would it even be possible? As it turns out, the answer to this question is as complex as the production details themselves.

The photo shoot started off as a fun challenge. The goal was to determine the fewest amount of people it would actually take to complete a production on location. With that we added an additional level of difficulty; we wanted to get each image done as a single shot. While it would have been easy to just shoot 20 plates and build out a composite, it would have defeated the purpose of the location, annnnnd may have been a difficult file to manage on the iPad (more on this later).

The next decision would prove to be one of the toughest; which car we would use for the shoot. An area where we could have clearly cheated a bit would have been to use an exotic supercar that would look stunning in any setting. Instead, we were hoping for more utility from the automobile for both the image and the logistics. After all, we would try to retouch the images while driving, and there is no way to do any detailed work with the stiff suspension in most supercars. For this reason, we reached out to our friends at Nissan, who had just debuted, but not released, the all-new 2021 Rogue. It seemed like a fun fit for the project, and one that would be much more practical for lugging around gear. So there we had it, a photoshoot challenge to test our minds and creativity, all while giving us the in-person camaraderie that had been missed for so long. One issue did pop up though; if there were two of us, how were we going to be able to shoot car-to-car…without crashing and all?

The answer was to increase the total number of people on set to 3, so we brought in our friend Paul Morton to join the project as the driver, set security, human light stand, location scout, and chef all-in-one. The three of us individually quarantined for two weeks so that we could safely ride in a car together with the peace of mind that no one would be bringing a COVID camera to the photoshoot.

With that decision settled, we were on our way. Paul and I drove my car from Arizona, while Mike brought the Rogue in from Los Angeles. We decided to meet in Palm Springs, a location chosen for both the beautiful backdrop of windmills and for the bonus of teaching Paul how to photograph trains; there happened to be two(!) main lines that run through town. Surely we could get a few train photos in – even if they were done quickly while scouting for the perfect backdrop for the Rogue. We found some great locations over the course of several hours; initially, I would hop out and shoot while Paul and Mike held the lights. If the shot called for the car to be moving, Mike was the driver while Paul and I set one light on a stand and handheld the second. For this shoot, I made the decision to use Nikon’s first full-frame mirrorless offering, the Z7, along with the NIKKOR Z 24-70mm f/2.8 S. This combo was great for shooting on the fly as I could set the control ring to ISO and pull in exposure quickly. While I would have loved to have my hand at it with the Z7 II, it had just been released, and the earliest we could get the prototype to the shoot would have been three days after we wrapped. Maybe next time…

From Palm Springs we drove to Orange County to stay at Mike’s house and photograph the Rogue at the beach the following morning. However, as fate would have it, a marine layer to end all marine layers came in that morning, and so the three of us went to the beach, iPad in tow. I decided to have a hand at editing the previous day’s images while taking in the sounds of the sea. It was at this point that I ran into my first issue with retouching on an iPad. While the tablet itself is powerful enough to push 50MP files around, Photoshop for the iOS left us wanting. We decided to use Affinity Photo instead, but there was one small problem, I had not downloaded it, nor activated the Cellular card on the iPad. Thankfully we had a couple of iPhone 12s on hand so that we could use the hotspot for data. 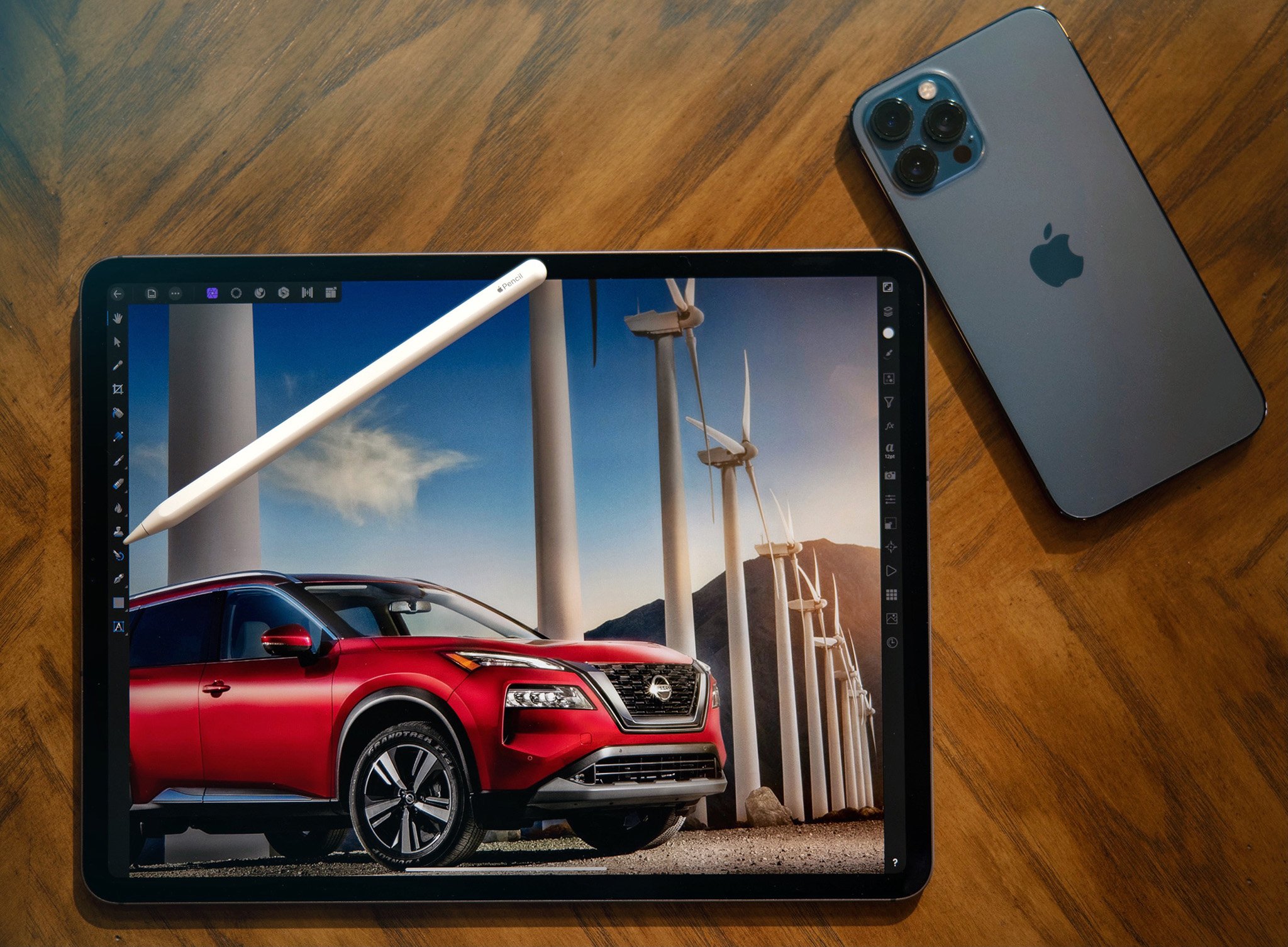 Having been in quarantine for several weeks it was refreshing to be able to sit on a beach and edit. This process involved mostly sending a file off to a post-production team for small tweaks that I could mark up on the iPad. They would send it back, and I would work it more, then send it back to them, and the process would repeat. After all, the new iPhone had 5G, so it was like working from home… however, you really have to keep an eye on data usage, especially if you are not on an unlimited plan (a huge mistake on my part).

As the day went on and knowing there is nothing quite like an ocean sunset, we drove further down the coast for some final images before returning the car to Nissan. Much as we did in Palm Springs, we would park, hop out and photograph the car and then quickly move on. In many ways, the Rogue ended up being the perfect car for the photoshoot – and the more we drove it, the more we enjoyed it. Additionally, the more we photographed it, the more we appreciated how its sharp lines and sleek grill complemented the deep red hue of its paint (I believe Nissan refers to it as Scarlet Ember). When the pandemic is beyond us, I have no doubt that I will definitely take one out again even if just to follow up with a post-COVID photoshoot of it. 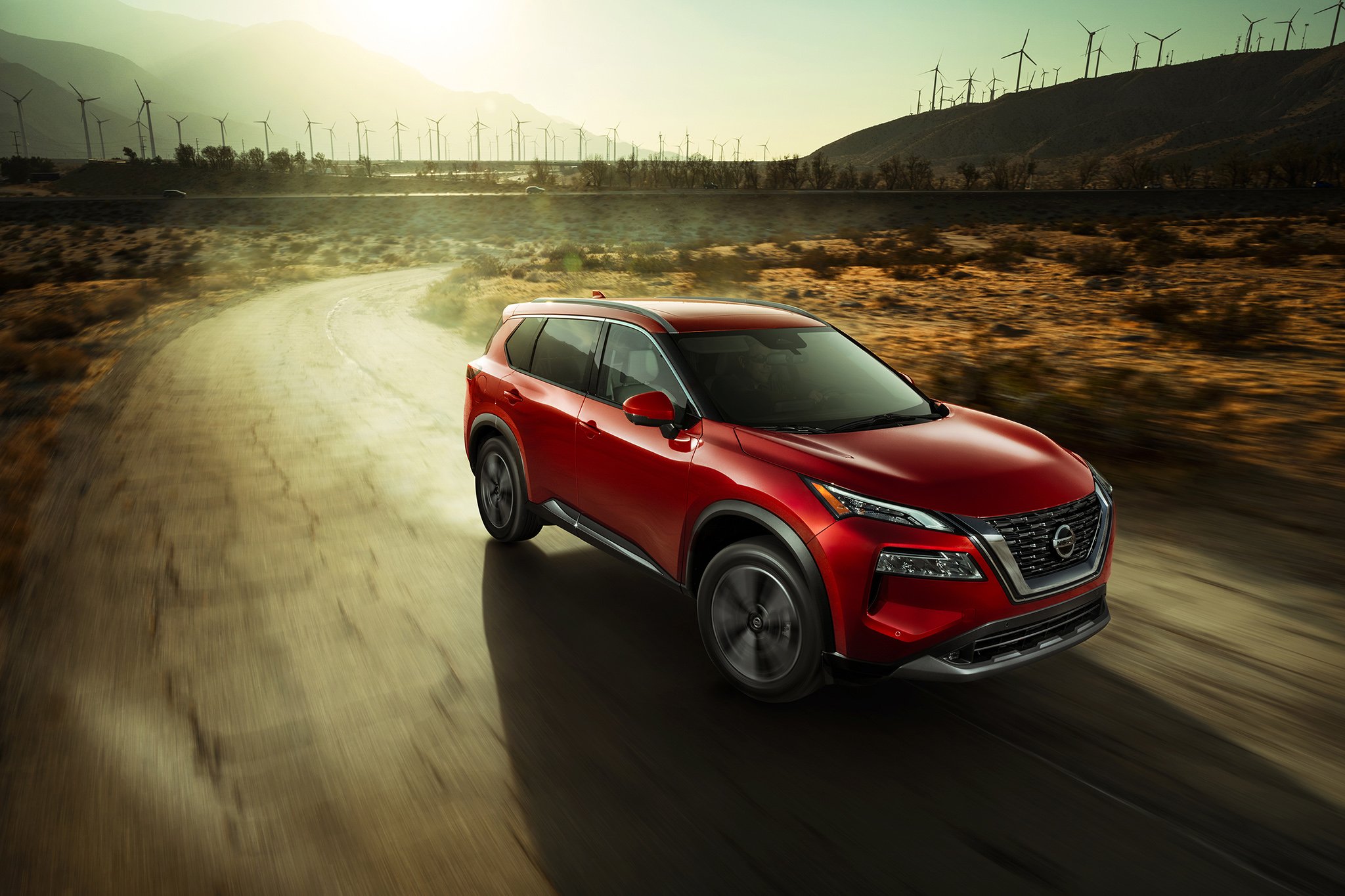 If anything, this photoshoot helped my soul more than anything else. I know my situation is not unique, but these last 9 months have been brutal. I have lost many friends and family members to the virus, and while I want to write a piece on my blog for each person, I have chosen to stay silent and process things once we are safe. I fell into a place of despair mentally, as fear replaced any idea of what life was before March. For me, this photoshoot reminded me of pre-pandemic life, and the creativity it fostered gives me further resolve to get through this pandemic. I want to thank Mike and Paul, two of my closest friends, for helping me get back behind the camera. We would also like to thank Apple, Nikon, and Nissan for helping make a photoshoot and mental vacation for us all. About the author: Blair Bunting is an advertising photographer based in Phoenix, Arizona. You can see more of his work on his website, blog, Facebook, and Instagram. This story was also published here.

Sarah Tew/CNET Samsung’s Galaxy S21 Ultra represents the pinnacle of what the company can offer in a phone, with its powerful processor, massive vibrant screen and 5G connectivity. But it’s the camera setup...