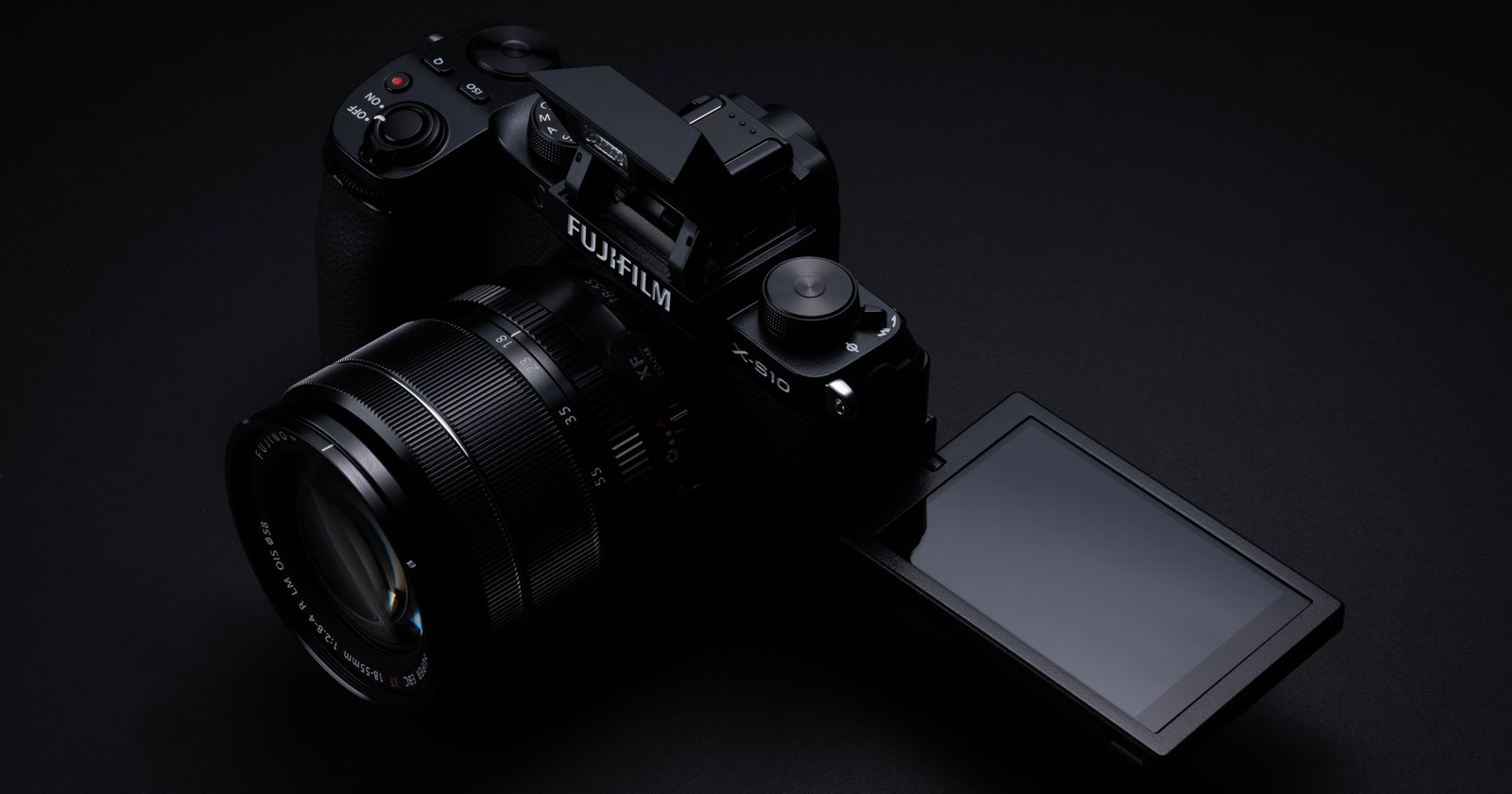 Fujifilm has announced the X-S10, a compact and lightweight mirrorless camera featuring a 26.1-megapixel X-Trans sensor and a newly-designed in-body image stabilization (IBIS) system. The X-S10 also sees a new command dial and overall design that differs from Fujifilm’s other cameras.

There is a lot on offer here, but perhaps the most notable are the design changes to the camera: while not unusual against what we see in the rest of the market, the changes are dramatic for Fujifilm. 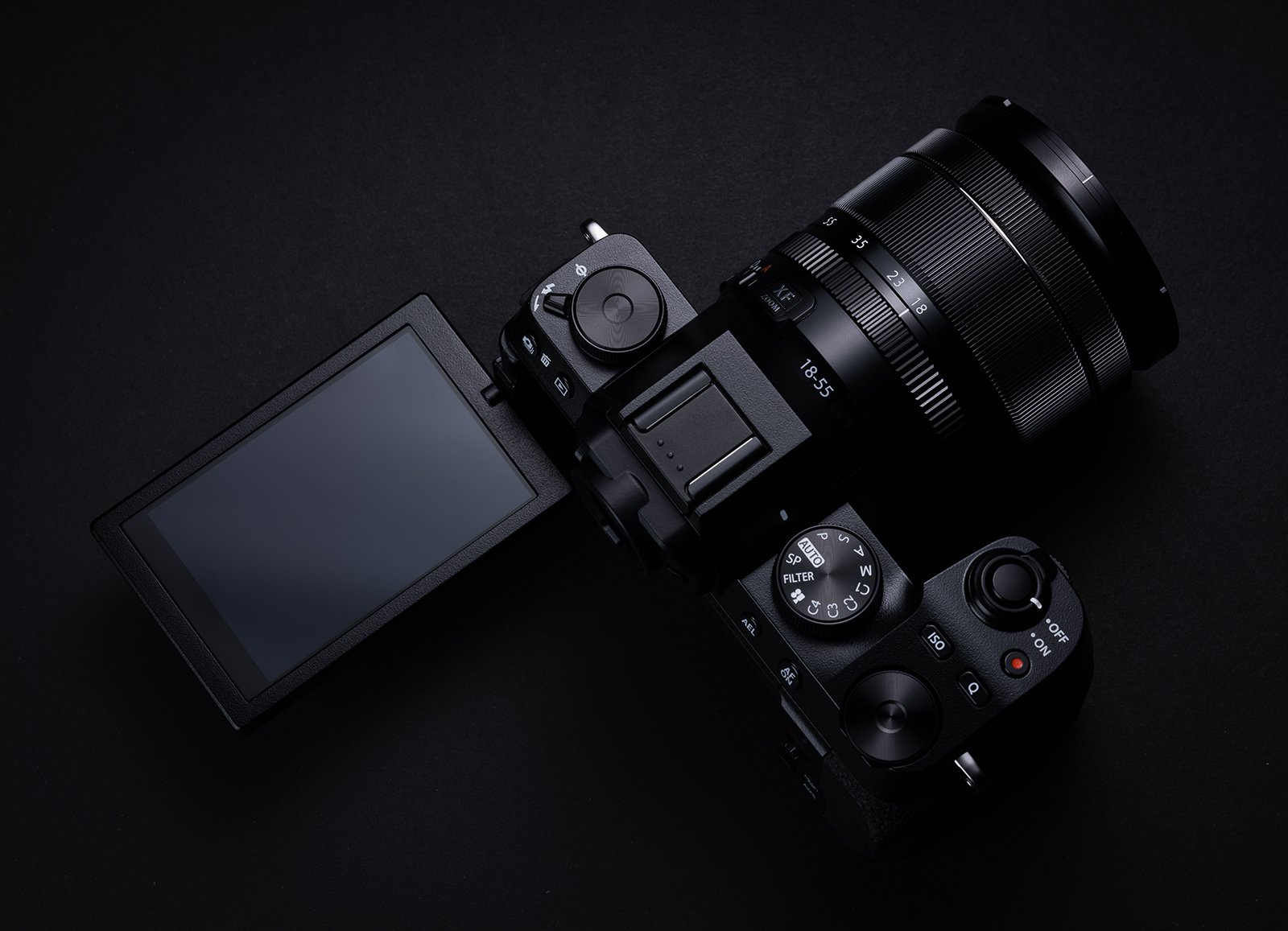 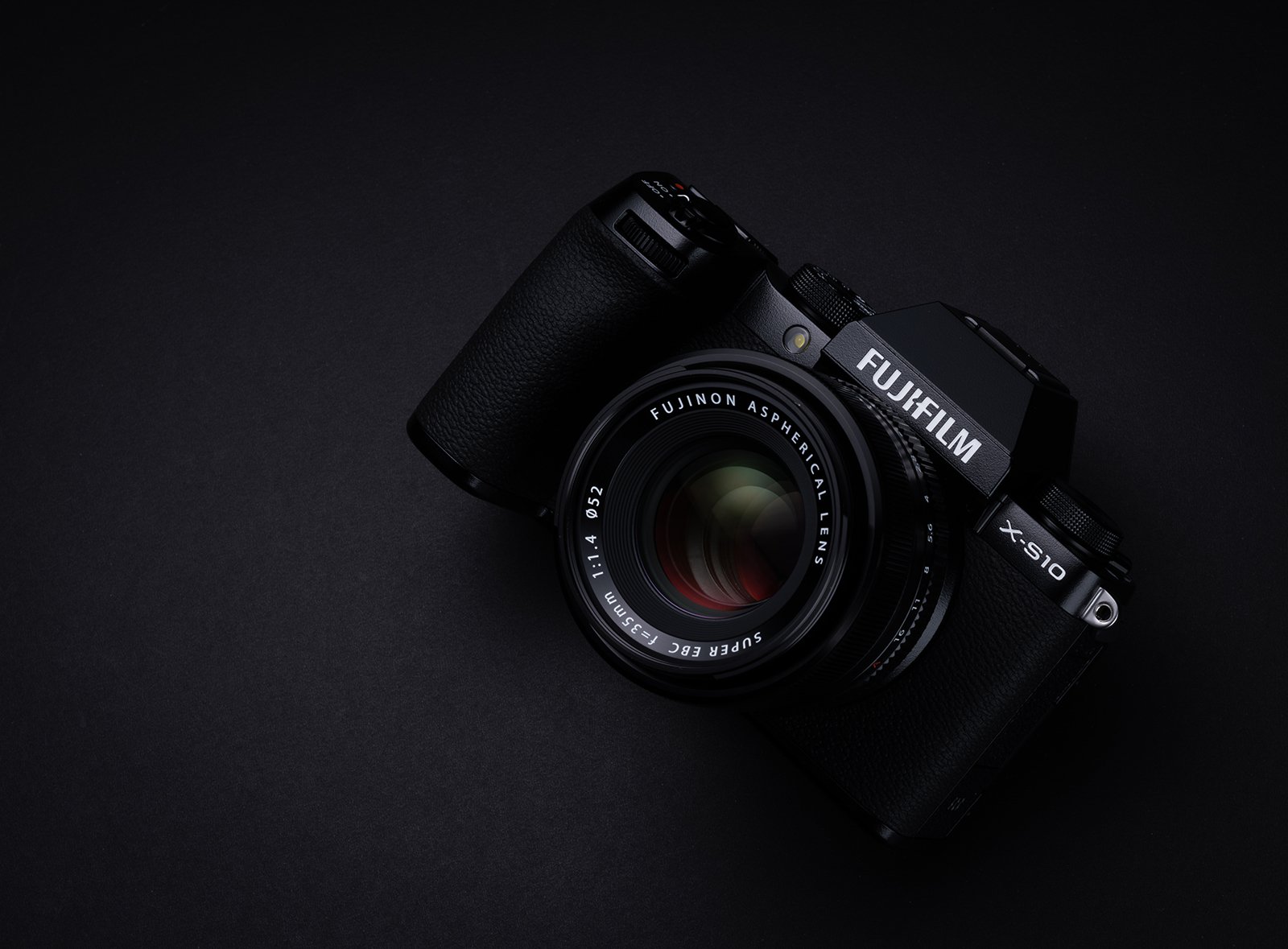 If you are a fan of Fujifilm cameras, the design choices the company went with on the X-S10 might surprise you. Compared to the X-T4 and other popular Fujifilm cameras, the top dials and grip design of the X-S10 looks more like a mirrorless camera design from anyone else on the market than what has been expected of Fujifilm. That aforementioned grip is significantly deeper than what has been seen on many Fujifilm cameras in the past and looks comparable to the grip size of the X-H1, at least from a rest-of-body to grip ratio.

Perhaps more jarring are the changes to the top dials, most notably the addition of a Mode Dial (sometimes referred to as a PSAM dial). Fujifilm cameras to this point have mostly mimicked the design of film cameras, with shutter speed, ISO, and exposure compensation getting their own dials. The X-S10 throws that aside, dramatically diverging from most of Fujifilm’s past and conforming to a more typical layout found on other mirrorless cameras. Gone are those dedicated dials, replaced with the typical mode dial and a customizable dial on the left side of the camera. Fujifilm also added a dedicated ISO button to take the place of the ISO dial. 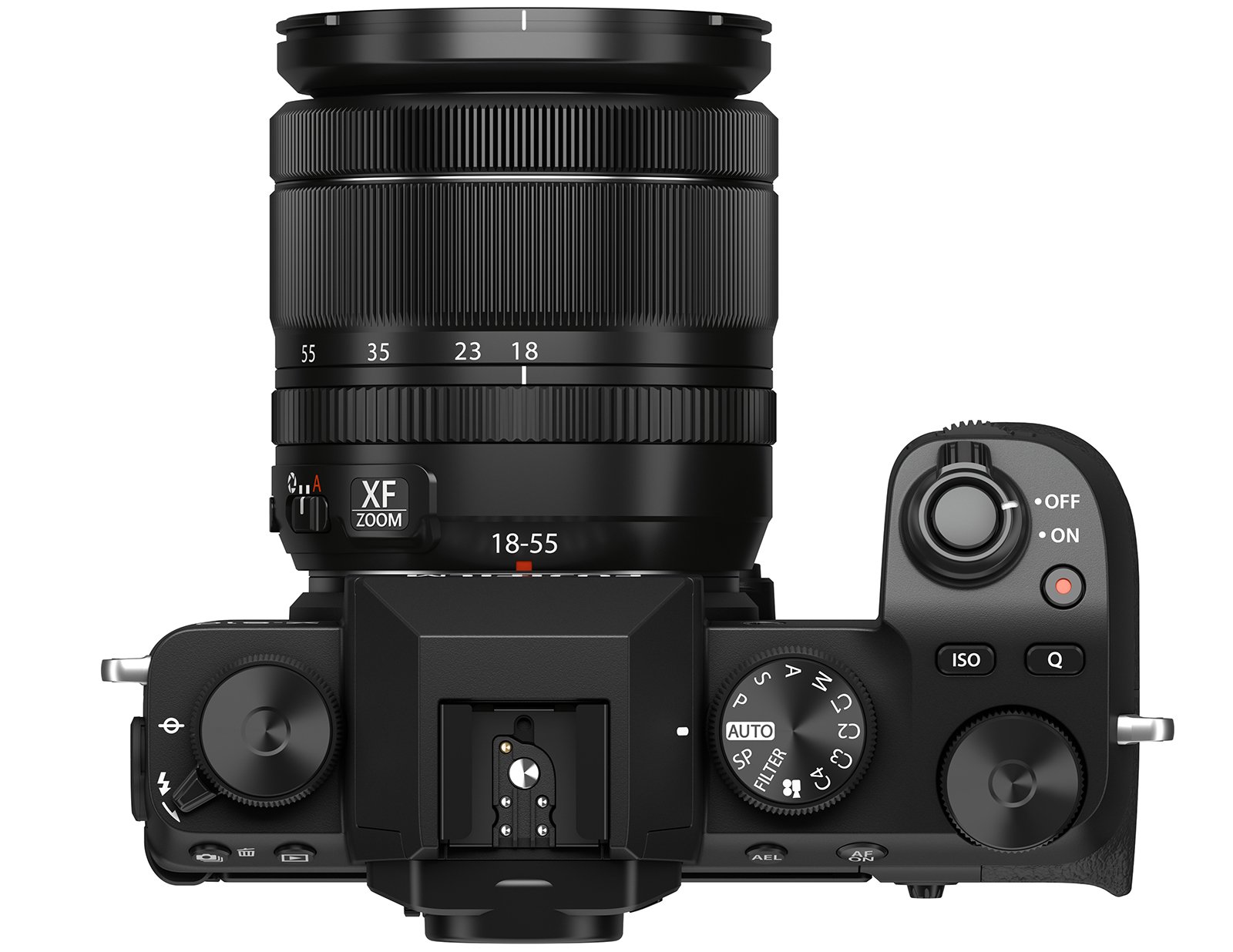 The only other cameras Fujifilm has produced that share this design are the X-T100 and X-T200, but neither combined the dial changes with a more robust grip.

The result of combining these two changes really makes the X-S10 look like something Olympus would have designed, which is by no means a bad thing.

Fujifilm redesigned their IBIS system in the X-S10 which allowed it to shrink to 30% smaller in volume and weight than previous systems in other X Series cameras. Therefore despite its small size (the camera weighs only 1.02 pounds), the IBIS is able to deliver up to 6 stops of five-axis image stabilization. The X-S10 is also the first mid-range Fujifilm camera to use a motion sensor retention mechanism, which is a mechanical shock absorber that helps guard against slight vibrations that may come from the shutter unit. 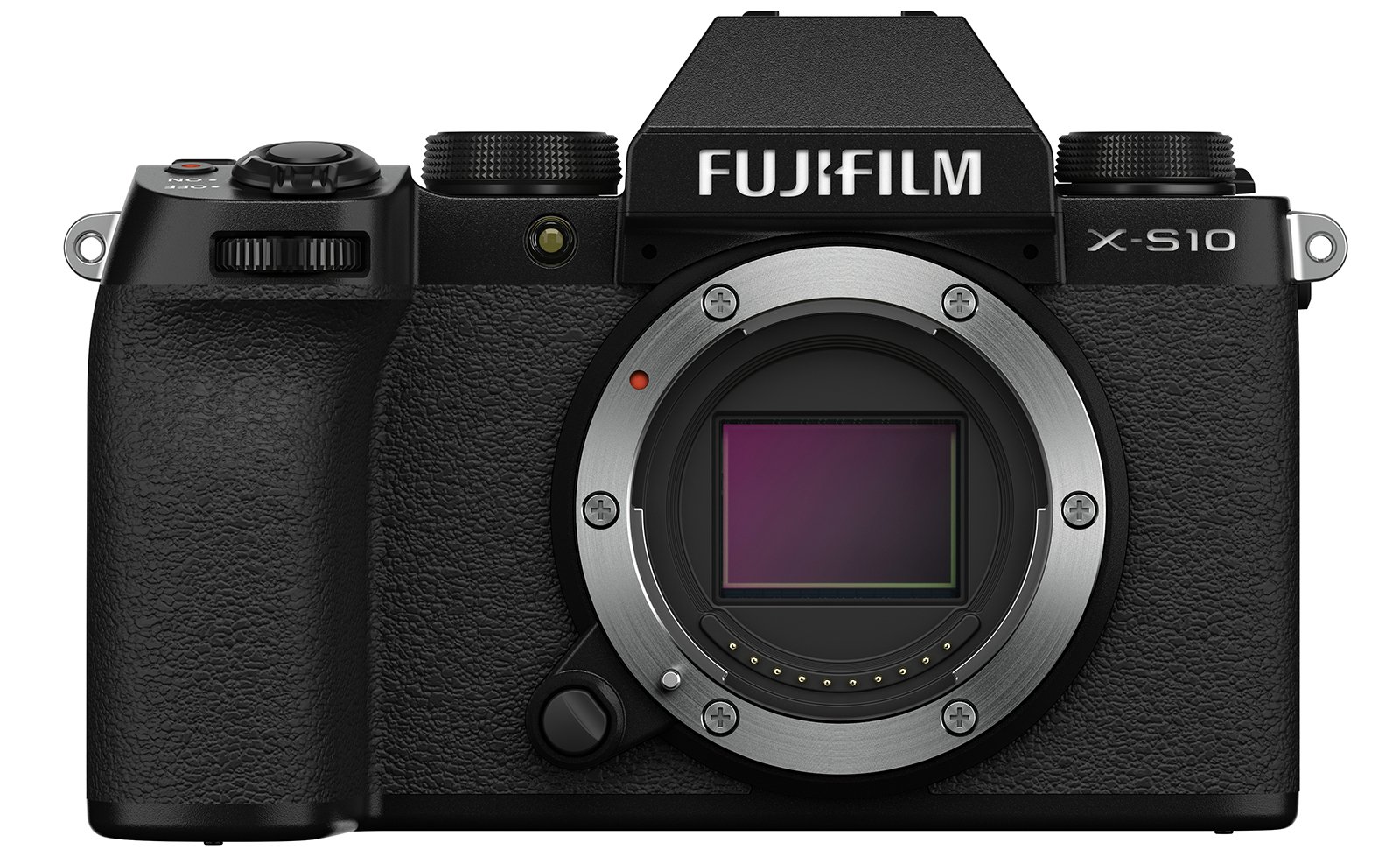 The new IBIS is designed to work well in video mode, too. Fujifilm says it is capable of compensating for camera shake even when walking, and the company added an Image Stabilization Mode Boost that can provide even more stabilization, which nearly eliminates shake when used from a fixed, hand-held position.

The X-S10 promises a high-speed autofocus system powered by the Fujifilm X-Processor 4. The sensor features 2.16 million phase detection pixels which Fujifilm rates as able to achieve focus in as fast as 0.02 seconds down to, in some cases, -7 EV. Additionally, the X-S10 is equipped with tracking AF for moving subjects as well as face and eye-detection that allows for tracking a subject that way. 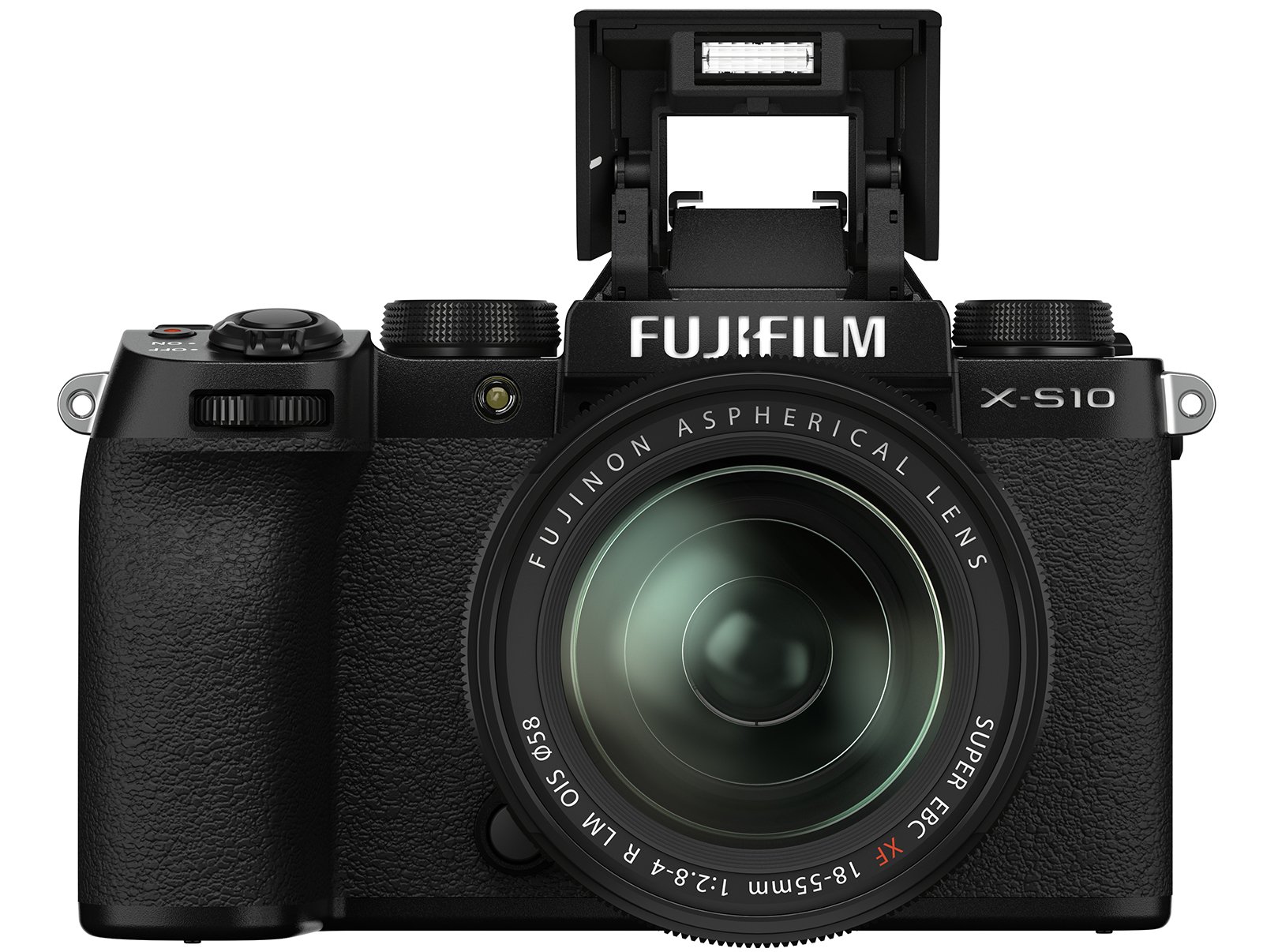 Burst shooting is additionally amplified by a blackout-free mode that whoots a burst up to 30 frames per second with the electronic shutter, but the X-S10 still offers a traditional burst experience with the mechanical shutter up to 8 frames per second.

Fujifilm included 18 Film Simulation modes in the X-S10 which are complimented by an updated Auto Scene Position mode that automatically adjusts shooting settings to the given scene. Fufjifilm says that the mode allows anyone to “capture landscapes with clarity and vivid colors, make portraits with beautiful skin tones, and create evenly-balanced images in back-lit conditions, regardless of skill level.”

The X-S10 features a vari-angle articulating rear LCD that can rotate up to 180 degrees, which is a preferred design for video shooting or vlogging. The viewfinder’s Live View function has three Boost modes: Low Light Priority, Resolution Priority Model, and Frame Rate Priority.

Speaking of video shooters, the X-S10 has considerable video chops. It oversamples video at 6K for a 4K output which the company says will result in better resolution and low noise. It can record 4K up to 30 frames per second in 4:2:0 8-bit internally to an SD card, but can output 4:2:2 10-bit via the HDMI port. 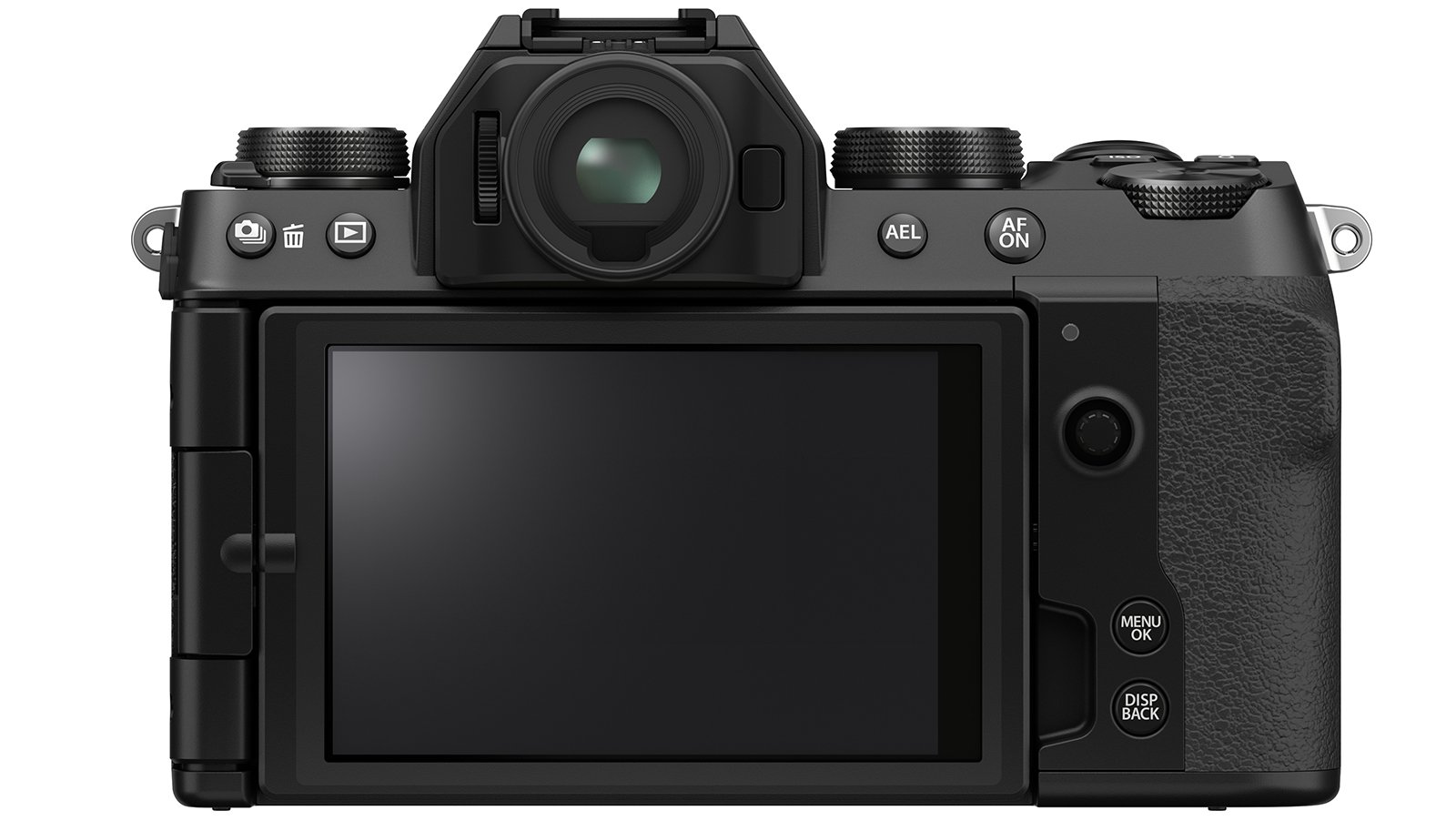 How to Use a Reflector to Light Portraits

Along with the latest iPhones being recently in

Photo Of The Day By Harry Lichtman

Photo By Harry Lichtman
Today’s Photo Of The Da