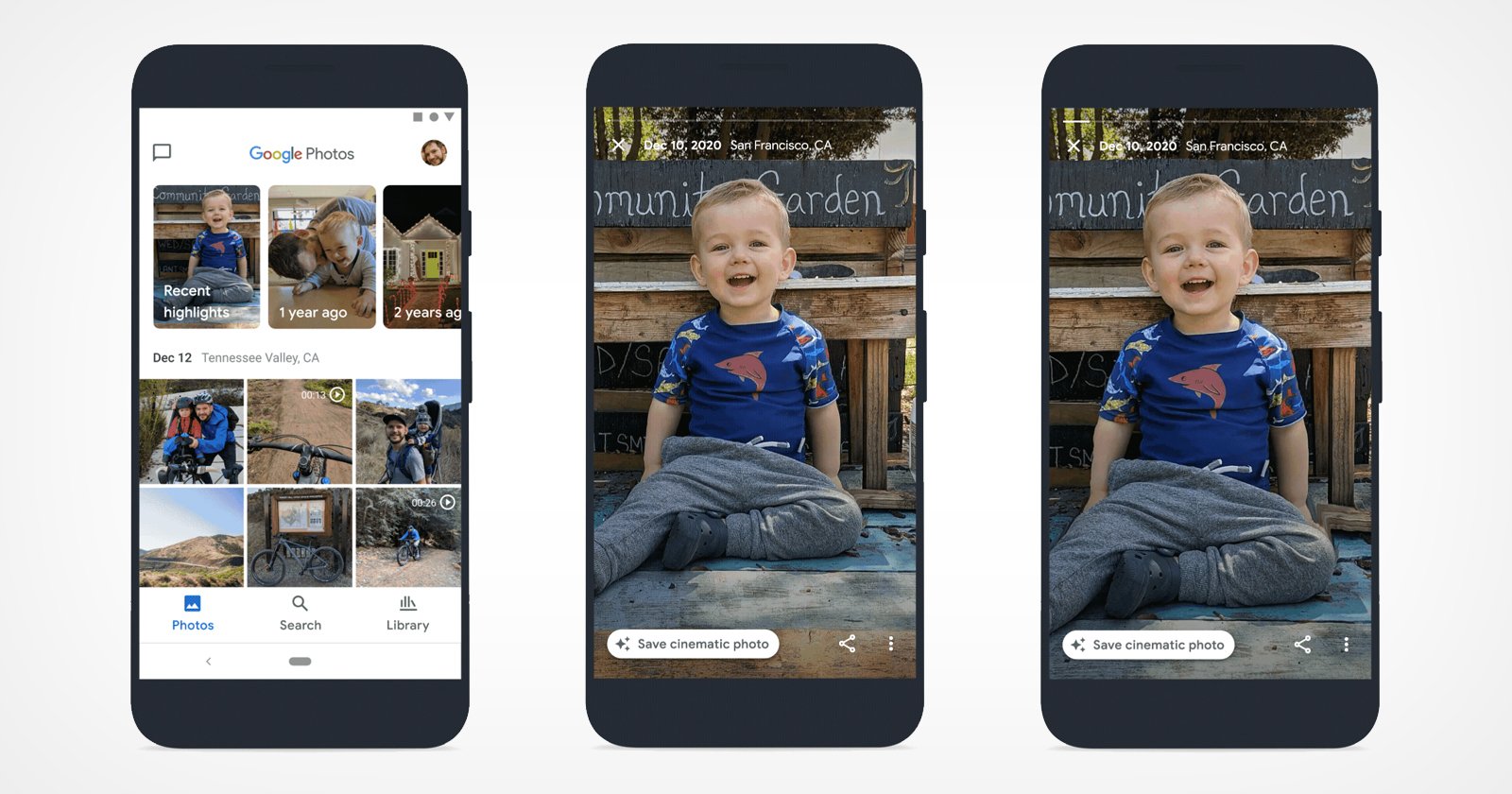 Google Photos is rolling out a new feature it is calling Memories, which lets viewers “relive the moments” from photos uploaded to the platform by transforming them into 3D cinematic images.

According to a blog post, using machine learning, Google Photos predicts an image’s depth and produces a 3D representation of the scene, even if the original image doesn’t contain any depth information. That information is then animated using a “virtual camera” for a smooth zooming effect.

The result is remeniscent of the still-image animations seen in movies like The Watchmen:

While obviously less detailed and without the additional movements, the result is still a mesmerizing way to appreciate your photo library. Google says that Photos will automatically create Cinematic photos for you, as long as the app is updated. When one is ready, it will show up in your recent highlights at the top of your photo grid.

In addition to the Cinematic photos, Google is rolling out new collage designs. AI is used to find photos of similar colors, and then background and font are chosen that works well with them. Finally, Memories also includes themes based on activities. The time periods that Memories encompasses can be adjusted in your settings as well.

Cross Polarization: What It Is and Why It Matters

Cross polarization is a technique that uses t

Magnum Photos Has Finally Published Its Code of Conduct

In the latest in the ongoing saga involving M