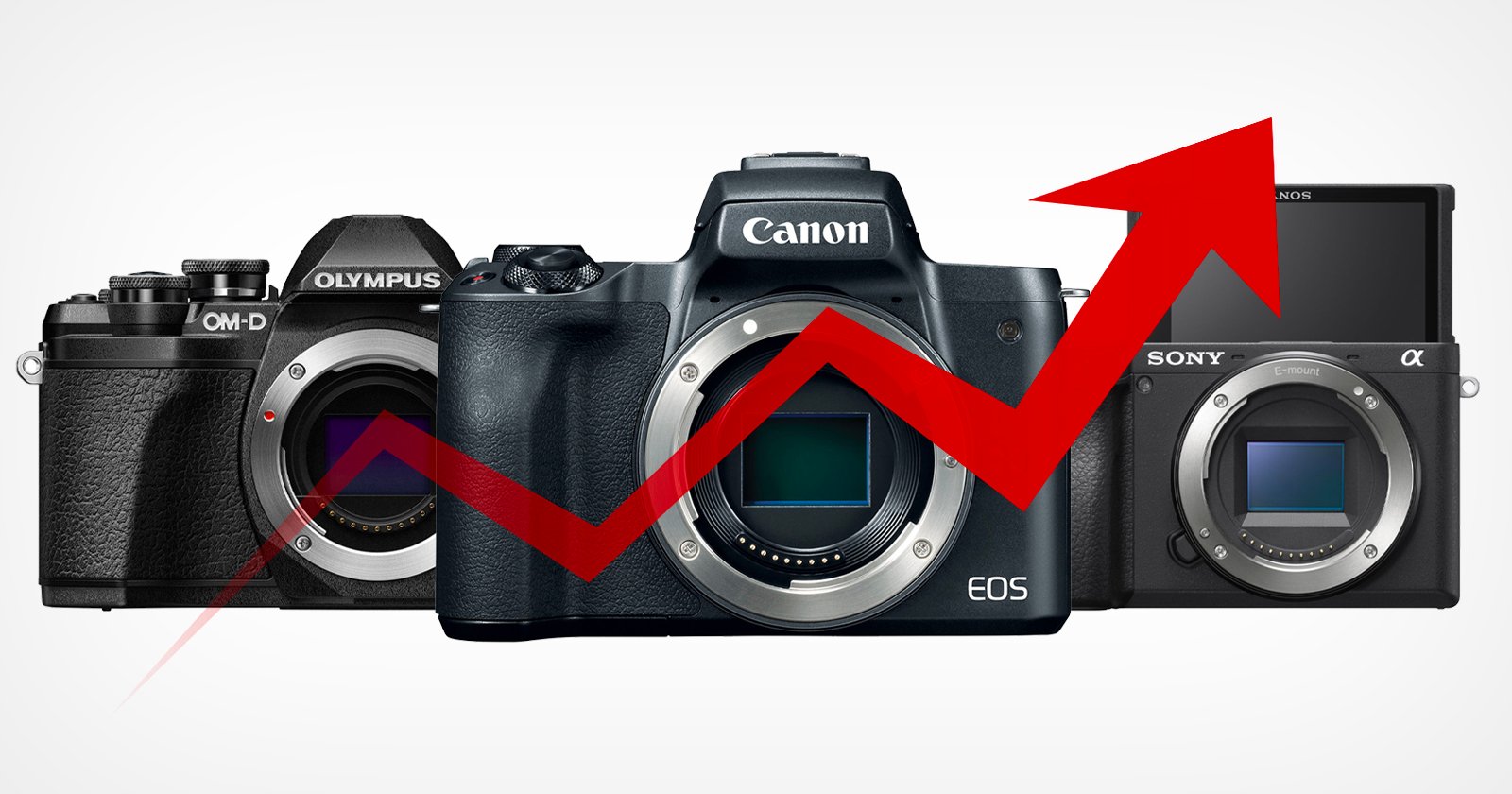 In what is perhaps the best good news for the camera world in 2020, BCN Ranking out of Japan found that October was remarkably strong for mirrorless camera sales, outperforming the previous year’s level for the first time in 14 months.

BCN Ranking aggregates point-of-sale data from consumer electronics retailers across Japan to get its data and found that sales of mirrorless interchangeable lens digital cameras in October were remarkably strong, up 128.9% year-over-year.

According to the report, the big winners were Sony and Fujifilm who both saw notable increases over October of 2019. Sony overall saw a 154.8% jump in sales compared to last year, and FujiFilm saw a giant 223.5% growth.

The Canon EOS M50, known as the “Kiss M” in Japan, took over the top spot on the camera model sales, replacing the former leader the a6400 which dropped to second place. The Olympus OM-D E-M10 Mark III came in third, and the Pen E-PL9 took fourth.

It is somewhat surprising to see the M50 take the top spot even after the M50 Mark II was announced. The consumer market in Japan was not deterred in purchasing a camera that some might consider outdated. This could mean that the M50 Mark II did not make enough notable changes over the original to sway buyers to wait for its arrival, or it could signal that the Japanese market may not care as much about needing to buy the latest and greatest.

Additionally, despite taking the top sales position with the M50, Canon saw only 81.5% of sales that it did in October of last year.

Another observation of note is that the Sony a7C surpassed the a7 III in total sales, and Fujifilm’s X-A5 sits above them both.

October’s sales boom is the first time in over a year that camera sales exceeded the previous year’s numbers. The effects of the COVID-19 pandemic combined with the overall shrinking size of the camera market are blamed for the sales slump that had to this point weighed heavily on industry sales numbers. Despite a strong showing in Japan last month, it’s unlikely that the woeful global sales numbers reported thus far will see themselves turned around by the end of 2020.

Still, seeing sales in Japan jump up significantly like this is a good sign for the rest of the global market heading into the holiday season. Japan was able to see these upticks in sales even despite the continued problems with COVID-19 and a sluggish consumer market thanks to a domestic tax increase, which indicates that despite many reasons for sales to continue to decline, there is statistical data backing up the hope that they will make a positive turn.

(via BCN Retail via DigiCame-Info)

Photographing Portraits of Brewers and Developing the Film in Their Beer

There are two things that I spend way too muc

Apple has announced the