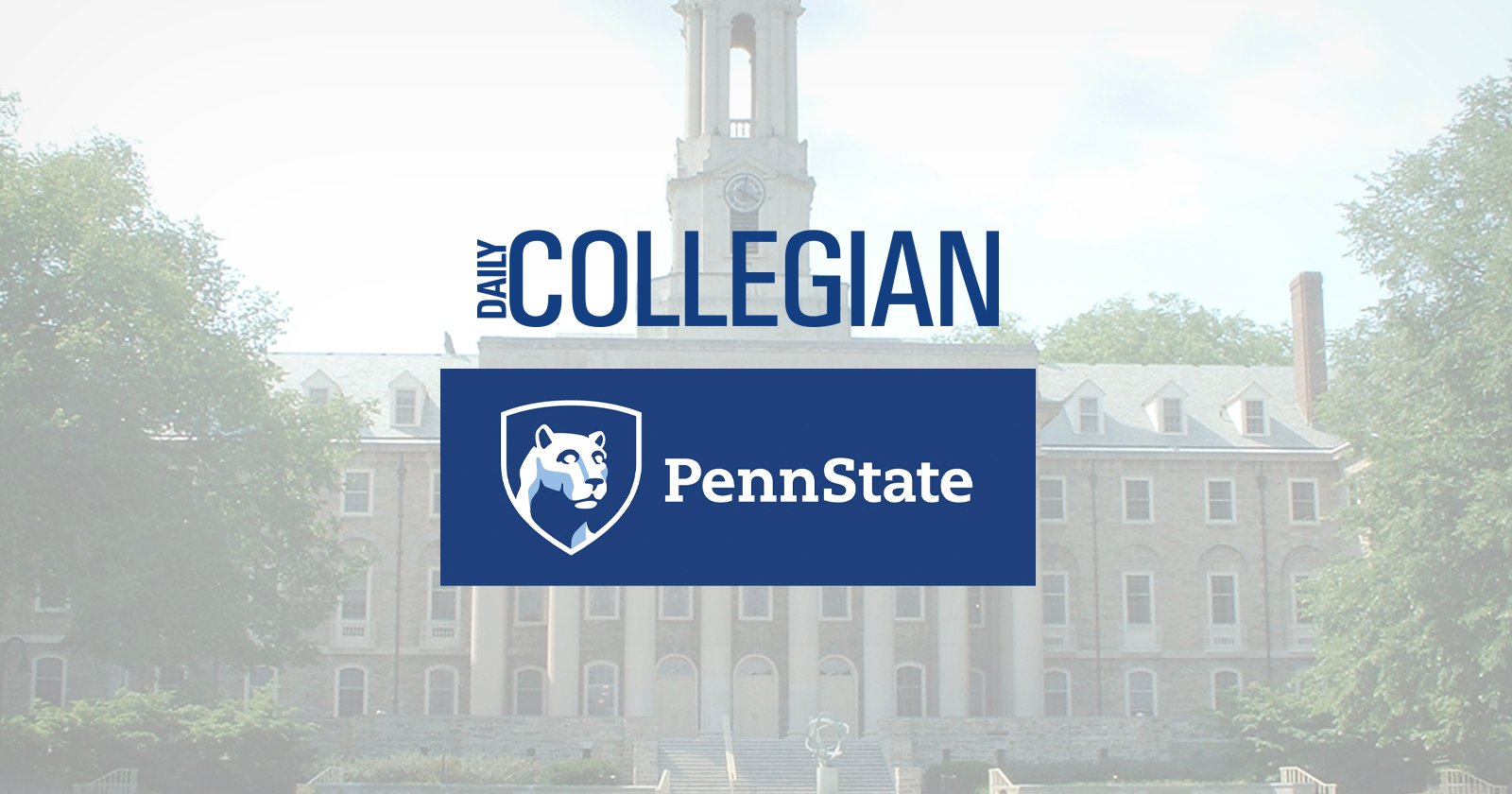 The staff of the Penn State newspaper The Daily Collegian are currently battling a contract being forced upon them by school leadership, claiming it strips them of image ownership and takes advantage of their “volunteer worker” status.

The staff of The Collegian have published their grievances publicly after more than a month of back and forth friction with the newspaper’s Editor-in-Chief and the University’s leadership and legal team. The staff argues that the contract being forced upon them is “predatory” and takes advantage of the lack of protections afforded to volunteer workers, as staffers are unpaid.

On November 18, 2020, staff members of The Collegian were greeted by a contract and a waiver sent to them from the paper’s Editor-in-Chief giving them two days to sign if they wished to return as members of the paper in the spring. The students had two days to review the contract and return it, or they would not be on the staff in 2021. 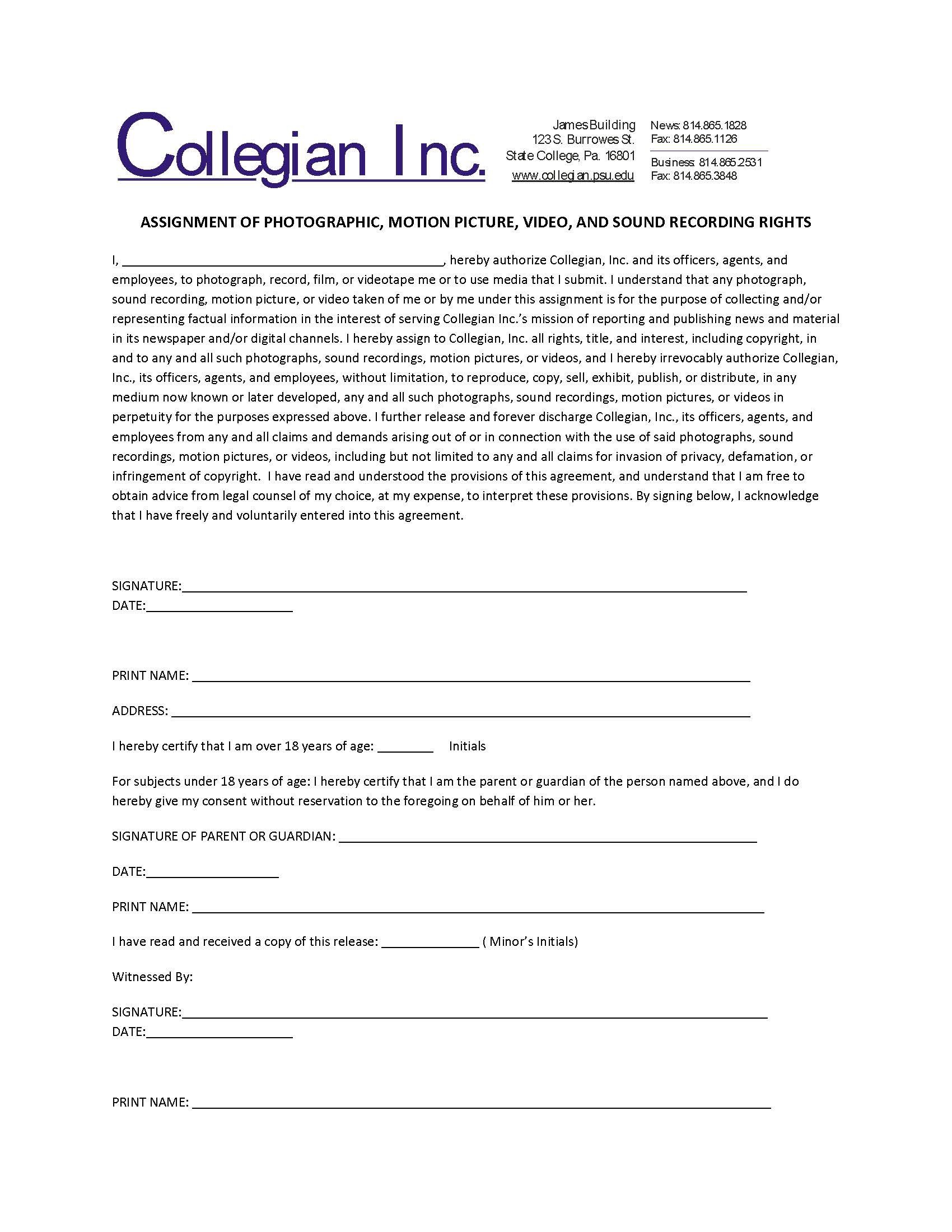 “I hereby authorize Collegian, Inc. and its officers, agents, and employees, to photograph, record, film, or videotape me or to use media that I submit,” the contract reads. “I hereby assign to Collegian, Inc. all rights, title, and interest, including copyright, in and to anhy and all such photographs, sound recordings, motion pictures, or videos, and I hereby irrevocably authorize COllegian Inc., its officers, agents, and employees, without limitation, to reproduce, copy, sell, exhibit, publish or distribute in any medium now known or later developed, any and all such [items] in perpetuity for the purposes expressed above.”

The contract above would take all copyright of student volunteer created works and give them in perpetuity to the University. The staffers saw this move as troubling and contacted the National Press Photographers Association (NPPA) Attorney Mickey Osterreicher as well as the Student Press Law Center to advise them on the situation.

Both Osterreicher and the Law Center advised the students not to sign the contract, and the staff organized in an attempt to stop the contract and instead advance the further discussion on their rights. The letter was signed by a large group of staff members who objected to the contract and was sent to Editor-in-Chief Maddie Aiken, C.E.O. Wayne Lowman, and Board President John Dillon on November 20, 2020.

Below is a portion of that letter, which can be viewed in full here.

As a united group, we would like to discuss our grievances with the two contracts that were sent out yesterday.

Under the advice of the National Press Photographers Association Attorney Mickey Osterreicher, SPLC and others we do not feel comfortable agreeing to or signing these contracts.

To start, we feel frustrated with how quickly this was rolled out. In any normal situation, a contract signee would have more than two days to look over an agreement. We feel as though the language included in the email sent with the contracts was threatening. it seems as though if we don’t like this agreement, we will simply be barred from staff. We believe we deserve a seat at the bargaining table.

The letter asked for the removal of the indemnification clause, the addition of a clause indemnifying those working for the paper and the nullification of any prior contracts signed by unknowing volunteer staff as well as requesting a seat at the table to discuss a contract that was more suitable for all involved.

After school leadership received the letter, they announced that they would reconsider the contract “to be fair and supportive of students while preserving its operation for students now and in the future.” The required return date of the original contract of November 20th was put on hold.

The staff felt that the next steps would address their concerns, and were pleased with how the University seemed to be responding. Unfortunately, that did not last long. On December 15, the school came back with a far more detailed contract that the students say does not address any of the concerns outlined in their letter: 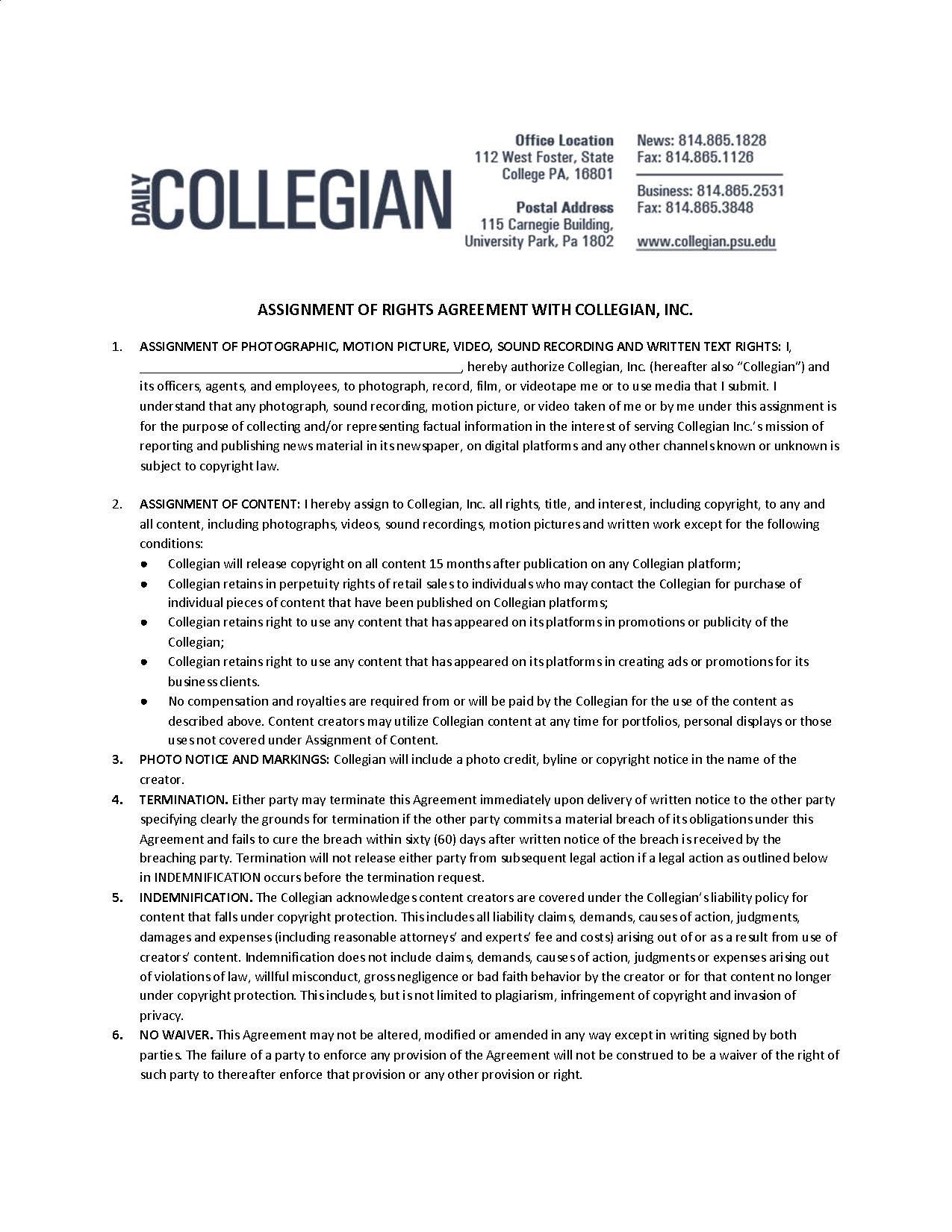 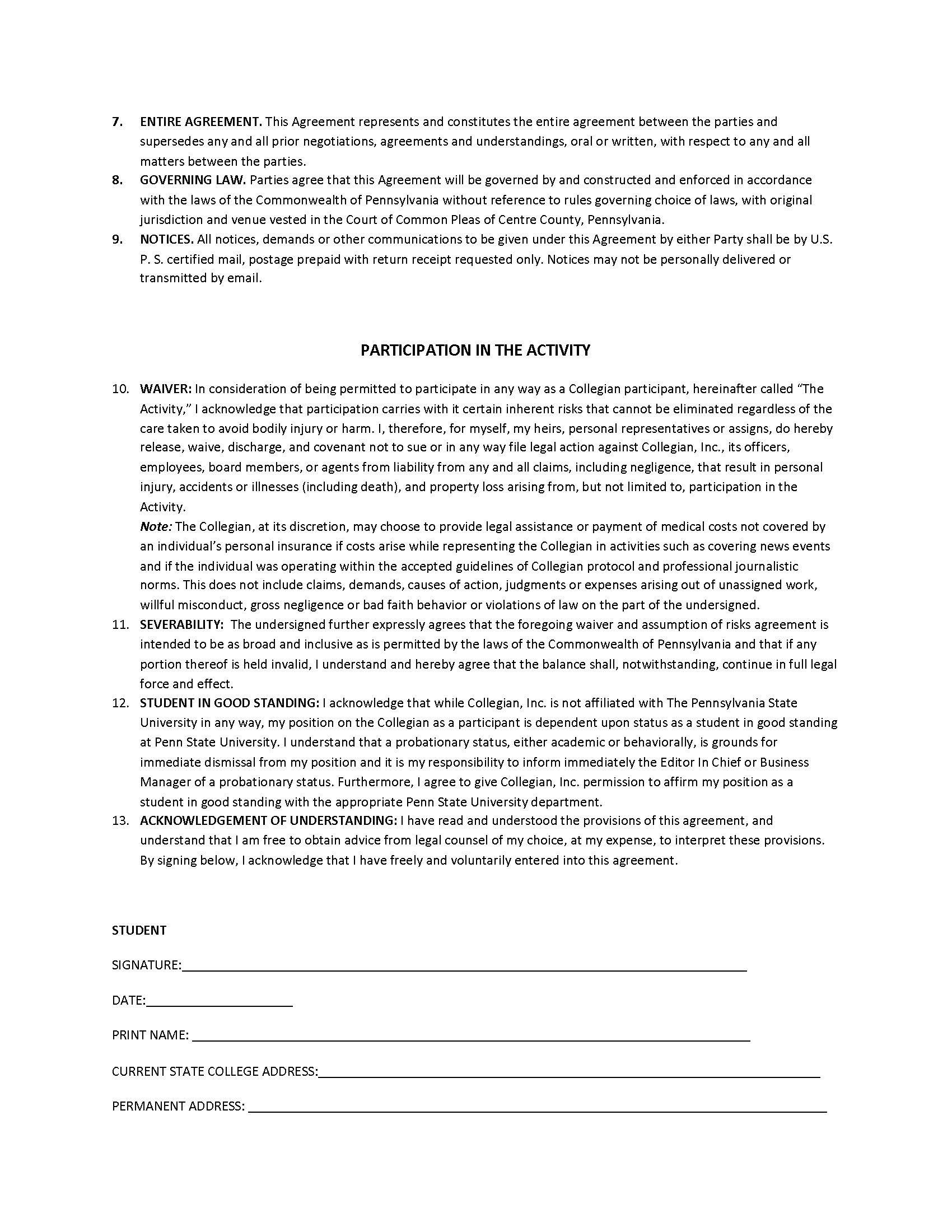 The new contract maintains the original language of assigning The Collegian all rights, including copyright, to any and all content but added a few stipulations:

“Collegian will release copyright on all content 15 months after publication on any Collegian platform,” but the organization “retains in perpetuity rights of retail sales to individuals who may contact the Collegian for purchase of individual pieces of content that have been published”

The contract appears to not give the copyright back to the photographer but instead releases it into the public domain.

“Collegian retains rights to use any content that has appeared on its platform in creating ads or promotions for its business clients,” the updated contract also reads.

Students were given until December 23 to sign and return the letter. Instead, those same staff members sent a second letter on December 19 again asking for a seat at the bargaining table, the right to own the work they create at the paper, the removal of the indemnification, and the addition of a clause indemnifying those working for the paper.

Osterreicher also sent a separate letter to the Editor-in-Chief outlining the organization’s “deep concern” for the language in the contract. In response and on December 22, one day before the contract was due to be returned, the Editor-in-Chief sent out a four-page FAQ document the students say was designed to discredit the claims made in the letters from the staff and the NPAA and “misrepresented the contract itself.”

The deadline for returning signed contracts has since passed, and the staff attests that leadership has told group members they are unwilling to negotiate on the terms.

The staff has outlined their concerns with the contract explicitly here, stating that what the Penn State University leadership is doing is taking advantage of student journalists who, because they are unpaid, are not covered by workplace protections. The publication of all contracts, letters, and the detailed timeline here is a last attempt by the students to have their story heard, as at the time of publication it seems that the University is unwilling to discuss the matter further.