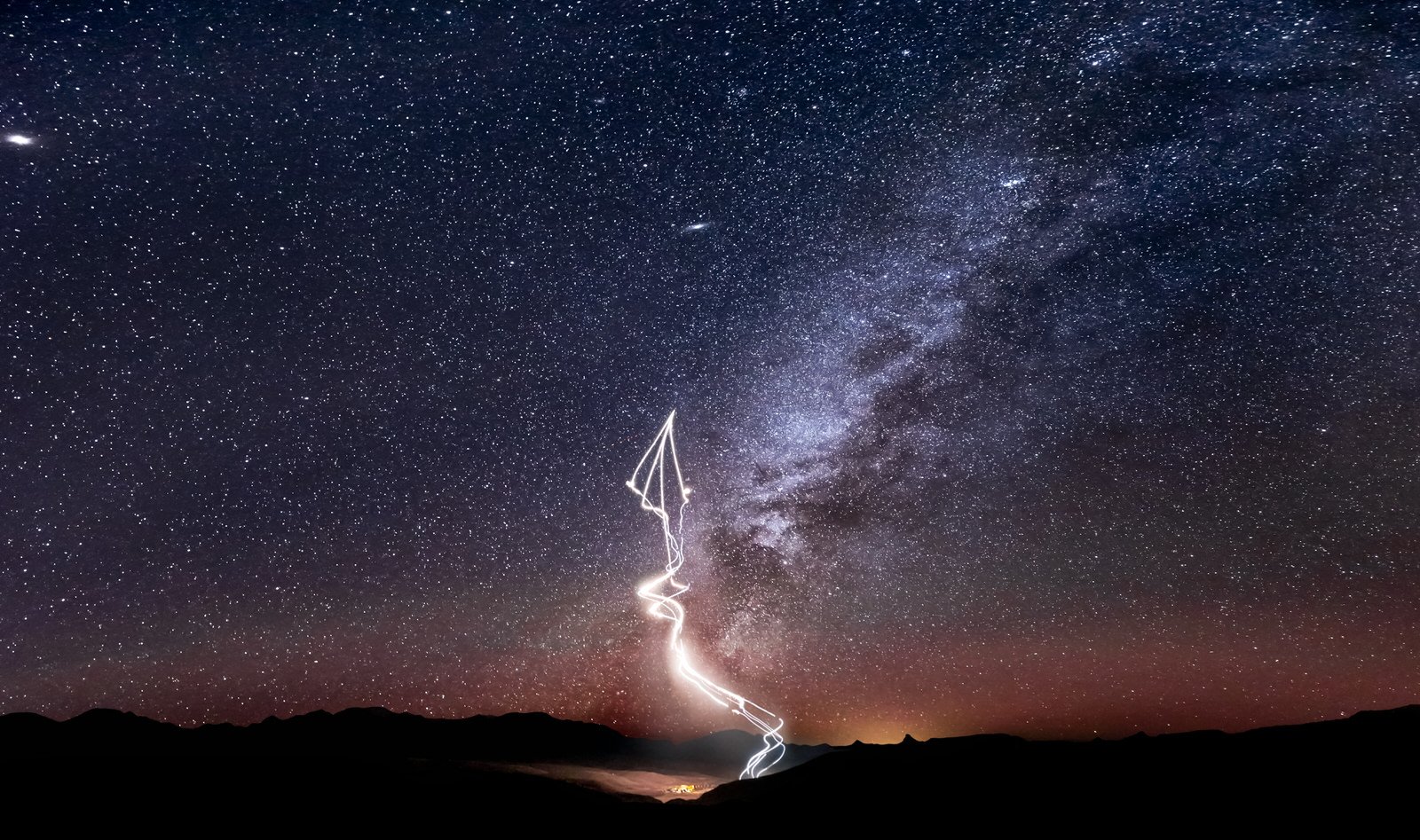 Photographer Dustin Snipes recently did a project that takes light-painting photography to a whole new level. Teaming up with the Red Bull Air Force Team, he shot long-exposure photos of wingsuit skydivers falling to Earth while wearing sparkling pyrotechnics.

The project aimed to reimagine the Marfa lights, an astronomical phenomenon that has puzzled Texans and scientists for years. Along U.S. Route 67 on Mitchell Flat east of Marfa, Texas, observers have seen strange “ghost lights” in the sky. While some believe them to be ghosts or UFOs, others believe it may be atmospheric reflections of things like headlights or campfires.

The Marfa area is known for its ultra-low levels of light pollution, giving it some of the clearest night skies found anywhere in the US.

Prior to the shoot, Snipes reached out to experts, including The Dark-Sky Association, to figure out the best time to shoot based on how the Milky Way would appear in the sky.

“I was triggering nine cameras at once, just to get slight variations of the shots or to get variations with a specific astro camera,” Snipes says. “We had two that were just for astrophotography and they read more of the reds and other colors that we can’t necessarily see or that cameras can’t necessarily. There was a lot going on.

“A lot of this was about preparation and to get that final shot. We prepared to have different outcomes, and again, you have to make sure that you’re exposing for that night sky Milky Way, and also trying to get the light in at the same time without making one more dominant than the other.” 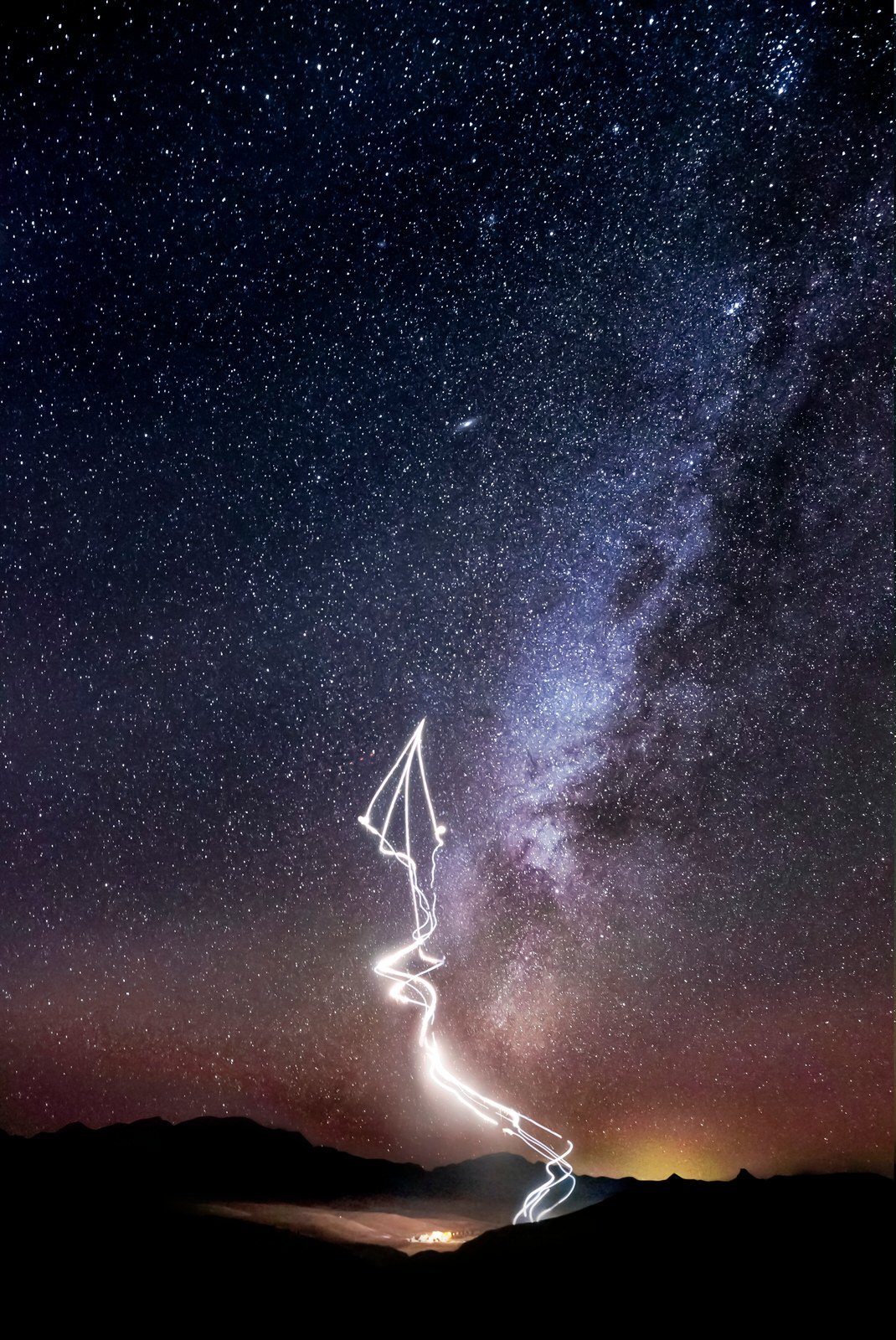 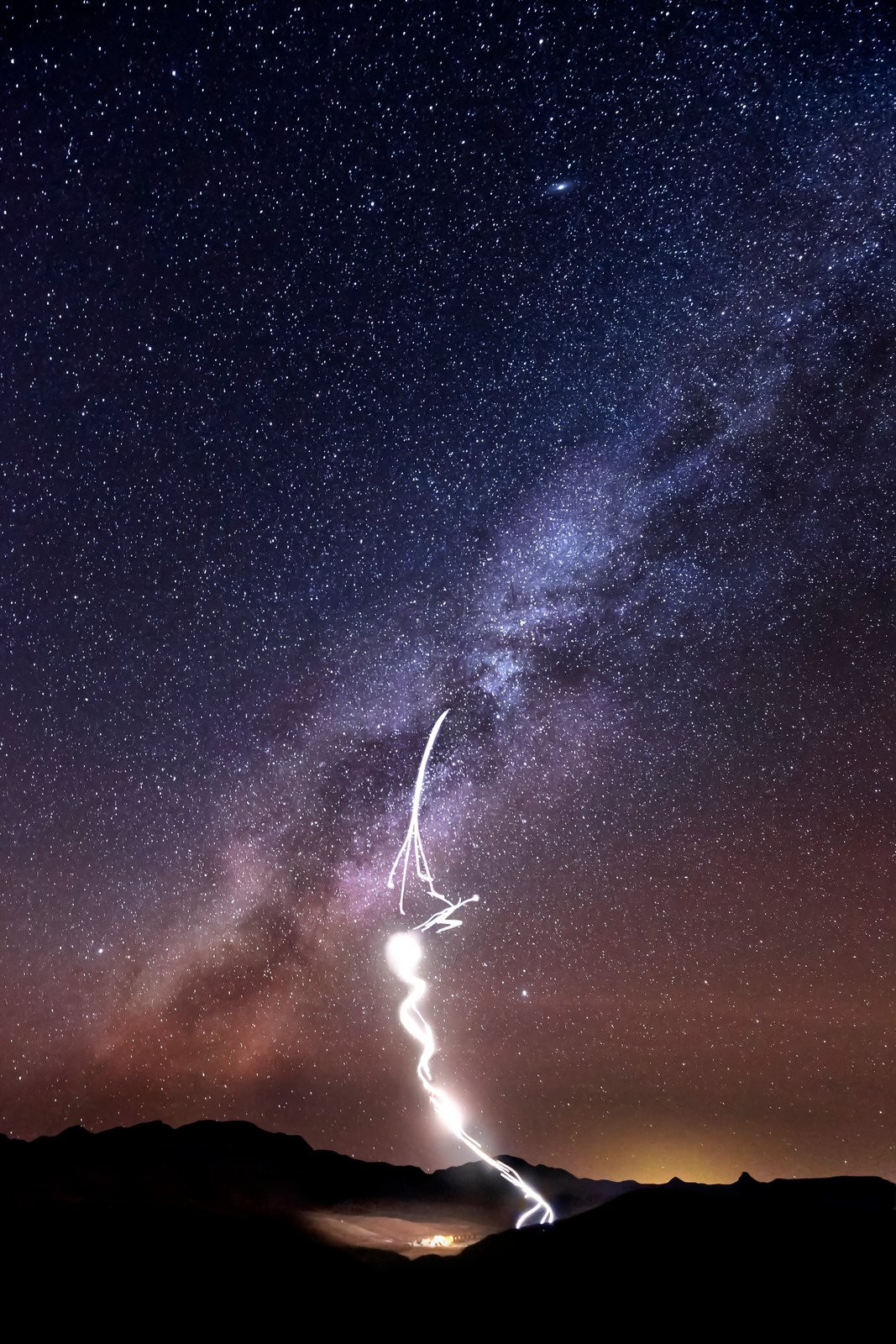 Here’s a short video about how this project went down: