These Photos of Saturn and Jupiter Look Photoshopped, But are Real 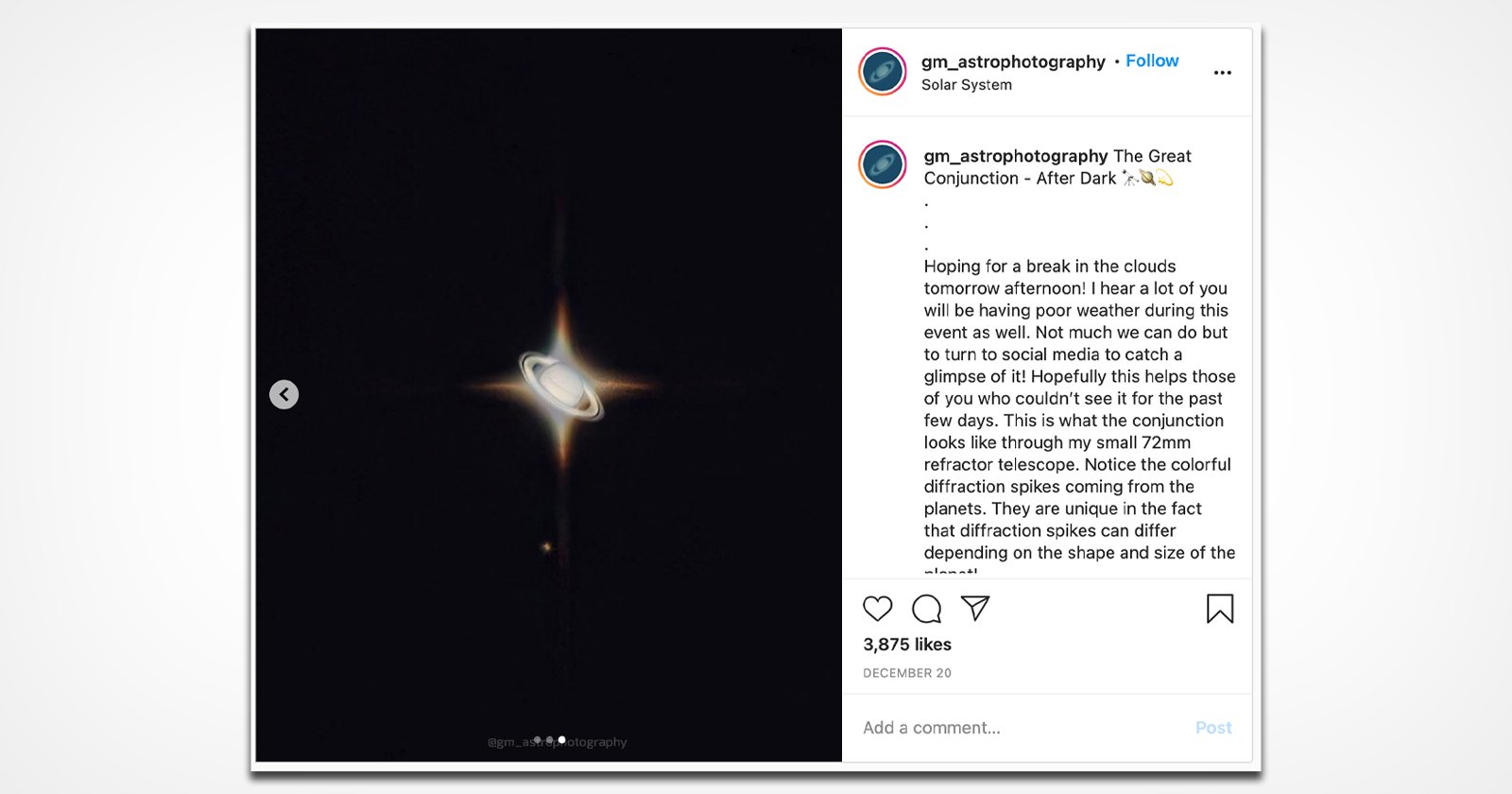 During the peak of the astronomical event that was the conjunction of Jupiter and Saturn in December, a photographer named Garret who goes by gm_astrphotography posted a photo that sparked some debate to its authenticity. The fact is, the image is 100% legitimate.

The images below at first seem like they must have been manipulated after the fact to give the “spikes” that are seen around the planets. Garret provided the following explanation:

USA Today fact-checked his explanation and found it to be sound.

“Diffraction spikes in astrophotography are “artifacts” that show on images of brighter stars where beams of light run through an obstacle on the camera lens and are bent, causing the light to spread out to capture a better image of the sky, according to Photographing Space. Said another way, in an image of a star or planet, they are the straight beams of light that point out in four directions from the object.”

Garret explains that he made those prominent spikes by using tape and rubber bands that he stretched across the front of the refractor in a cross pattern as a kind of practical effect. So while the image is enhanced by the photographer, it was not done in post-production: what is seen is really how the camera captured the photos.

“If you’re into telescopes as much as I am, you’re probably asking yourself how did I capture these spikes with a refractor?” Garret writes. “The best way I found to do this is with tape and rubber bands stretched across the front of your refractor in a symmetrical pattern (I did a plain cross). I feel like it adds something a little extra to the image!”

USA Today accepts his explanation and has rated this viral image as “true.”

In its fact-checking notification, Facebook has linked to this very USA Today article that actually states definitively that the image shown is 100% real, which might lead to some confusion. What is actually contested is the caption that the image was captured at an observatory in Chile when in reality it was shot from Massachusetts.